Skip to content
Boob jobs, bleached hair and fancy cars. The Gold Coast has them in abundance. But even given the prevalence of flash motors there is one that is guaranteed to turn heads. It’s a Lambo. I was caught in traffic behind a Lamborghini yesterday coming through Surfers and everyone stared in my direction. This hasn’t happened before, except in that recurring dream where I’m riding naked, but I was clothed and awake, so I’m assuming they weren’t actually looking at me. 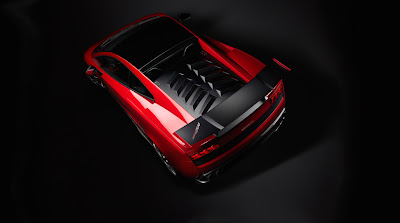 The problem with driving through Surfers in a Lambo is a bit like the problem I have when writing this blog on my Blue Gene super computer. It’s not exactly stretching the legs of this fine piece of engineering. At the pace we were going I wasn’t even stretching my legs. Probably, you’re driving through Surfers in a flash car, you’re not so much worried  about speed as how many heads you turn. And on that score they were way ahead. My fine svelte Mojo doesn’t warrant a second glance compared with the Italian motor car but a Lambo is a very expensive way of getting attention. I’m sure mummy would give him a big hug and let him know he’s the bestest for free. (Or maybe she doesn’t. Maybe that’s the point of the car.) Nearly everyone was checking out the car. Even me. The difference between most of the people looking on, the occupants of the car, and myself, is that is I don’t aspire to own a Lamborghini.

Given the choice between driving or riding through Surfers on a glorious day I would choose the bike in a heartbeat, no matter how good the car. It’s just much more fun on a bicycle.

Given the choice I would rather own this Ferrari: 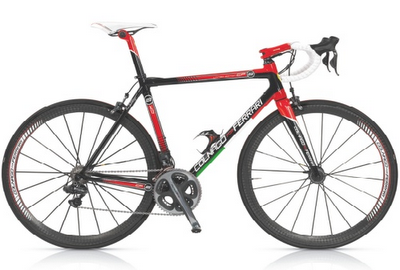 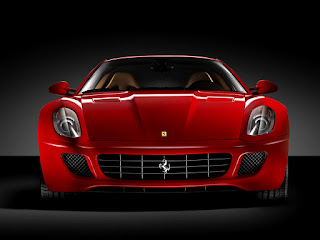 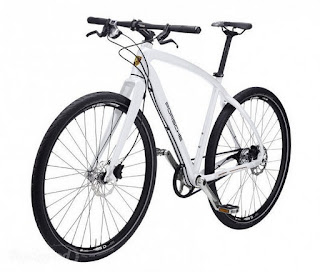 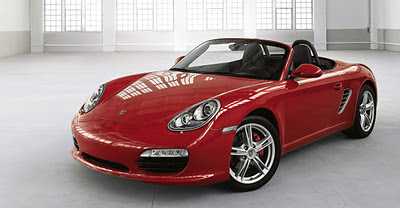 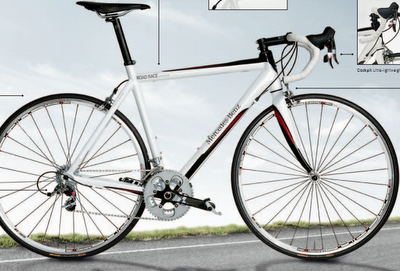 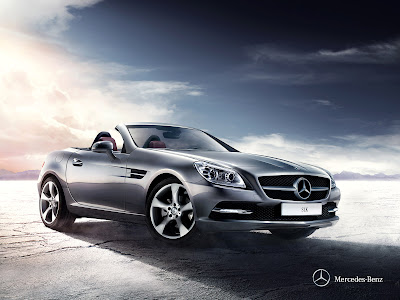 This Cooper:
Over this one: 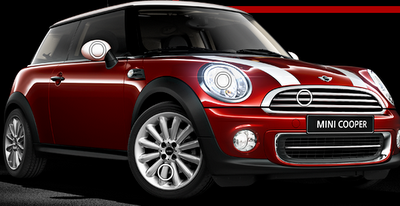 Okay,  I’m labouring the point here. Obviously if someone was to give me a choice between the Porsche bike and the car I’d probably trip over the bike in a blind rush for the car. If someone were to offer me a Lamborghini I would probably sell it, pay off the mortgage, get a nice little car and a lovely bike to boot.
Driving a red Lamborghini through traffic really wouldn’t help me and it certainly wouldn’t do anything for the people around me. How horrible for pedestrians to see a grown man in a red sports car swearing like a man with tourettes when the frustration of driving in 50 metre bursts overcomes him. As it does. Nearly always.

Car manufacturers have a chequered past when it comes to making bikes. They have had a habit of knocking out bikes that looked a little embarrassing to the discerning eye of a proper cyclist.  For a while there it was de rigueur for car makers to have their own branded bike bolted to the roof of their car at car shows. Now thankfully, like the Ferrari at the top of this post, they tend to get someone else to make the bike for them. Hence Audi went from this: 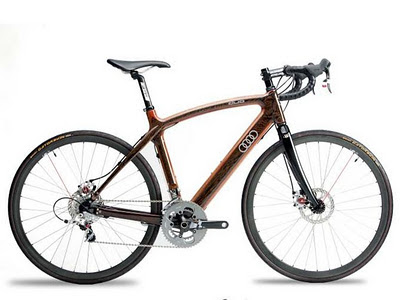 This is something anyone can do. Now even a company that sews strips of denim together can make a bike. Diesel jeans and Pinarello made this lovely fixie: 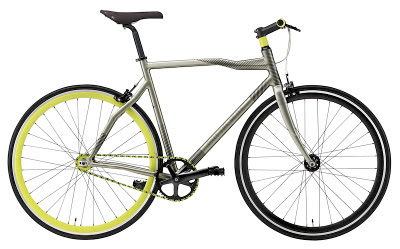 I’m not sure how much input the jeans guys had. Maybe they chose the colours?
It’s not often that car manufacturers cross the gap between cars and bikes gracefully. That’s what makes Honda’s all-conquering downhill bike all the more spectacular. They crossed the gap from motorcyle to bicycle, so maybe it was a shorter journey. They introduced their Honda downhill bike, won the downhill world champs for a few years, told everyone they’d proved their point and promptly withdrew. 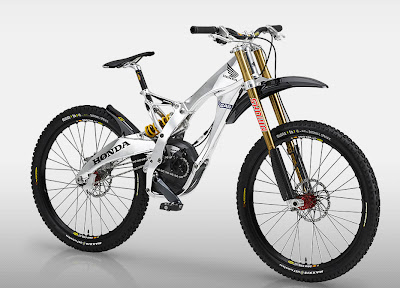 The bicycle above looks something like a motorbike without the engine. The internal gearbox keeps the weight centrally located and gives perfect shifting every time, even when flying through choppy berms at speed and nailing a table top (things I can’t do even on my best days, so I’m kinda relying on referred wisdom there). Sadly the innovations of the Honda didn’t catch on, possibly because no-one else has the budget to commit to making bikes like this. I’d be only too happy to ditch the derailleur on my mountain bike if and when gearbox technology becomes viable. (I don’t have the legs to go single speed on the MTB.)

So apart from this one success car makers aren’t great at making bikes. The question is now, what happens when a cyclist makes a Porsche? Well, clearly something like this:

And that’s why, when car companies flatter themselves that with all their design genius they can build better bikes, and then clearly fail, and then fall back to letting real bike companies to do it for them, we forgive them. Because clearly when the shoe is on the other foot we get the world’s slowest Porsche. So we have to forgive the car people for their hubris. Possibly though, the above Porsche could keep up with traffic with the Lamborghini in Surfers. So maybe it’s not so daft after all.