Skip to content
Question without notice from the floor.

What have a folding bike… 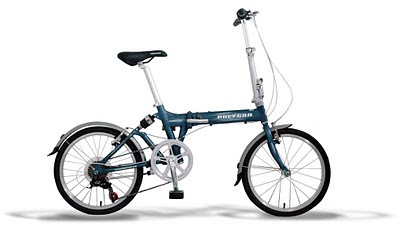 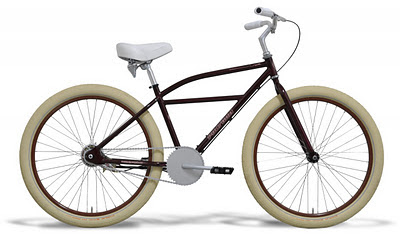 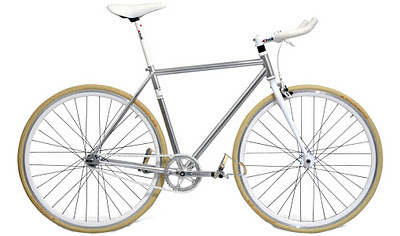 …have in common?
The answer is, they’re all urban vehicles. Or they are according to Bicycles Online.
It’s strange that Australian bicycle websites will have full sections for racers, mountain bikers, kids and BMXers but the bikes that are actually ridden for transport are so few they they’re all lumped into one big ill-fitting category. There are two types of people who rides bikes just for the sake of getting from A to B, poor people and nutters. Ask any car driver and he’ll tell you. In fact, this is the kind of unsolicited advise you can get just by riding around town.
The real problem with the urban category is it lumps fixies in with a bunch of other bike-like vehicles that aren’t actually ridden in the urban environment. Like hybrids. (Shudder.) Everyone knows hybrids are attached to SUVs, driven to the local lake, around which they do a slow lap on the bicycle path, and then they’re remounted to the SUV. That’s not urban and it’s barely even suburban.
I’m not trying to be rude to Bicycles Online (it just comes out that way) because they’re just following a trend. A trend for more gears and more suspension for bikes ridden ever fewer kilometres.
Dig a little deeper however and the Polygon Zenith FX can be found within their pages. You can’t infer too  much from a website but the specs read well, Columbus tubing and Cinelli bits lend definite cred, and they bung on a 5 year warranty. Formula hubs, Rigida rims and FSA crankset help round out a solid package.

It’s a very competitive market out there for the single speed dollar. If you’re prepared to dig down to page two of the “Urban” category of Bicycles Online and buy one of these fellas it looks like you’d do all right. If you do, drop us a line a let us know how you get on.