Skip to content
If you get wood for fixies then image how cool it would be if you could get a wooden fixie. Reading Bicycle Design recently, that blogger mentioned that not only was he in Oz but also mentioned Gus Duncan, who lives right here on the Gold Coast and has wood for bikes (which he actually then uses to make the bikes). Here’s one of his creations: 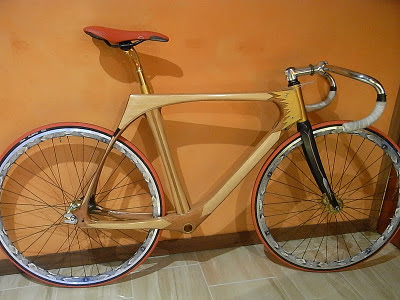 Like most bikes made out of wood I gather the purpose of it is to make a bike out of wood. That is, it looks cool. I’m hoping Gus doesn’t crap on about it being “lighter, more compliant and raises your karma levels” like the bamboo brigade do. Some of the details is pretty cool: 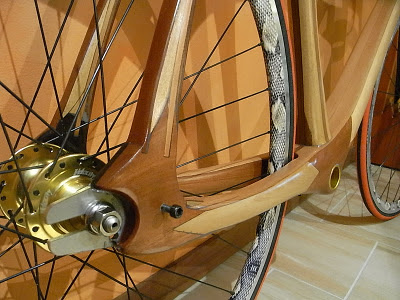 Gus has a Big Woody in Japan at the moment: 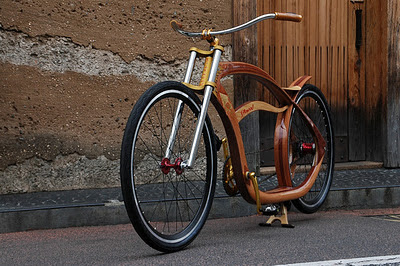 I dread to think how many hours go into making a bike like that. I don’t suppose Gus is knocking out a couple each day. If you you can’t decide which cheap single speed to buy but have just got excited about buying a woody from Gus then I think you better reappraise you budget. That’s just a guess.

I stole the last image from Gus Duncan’s Picasa web album. I found the other images on Bicycle Technology and Patents.