Skip to content
In my day (cue grumpy old guy voice) boys rode boys’ bikes and girls rode girls’ bike. Now obviously I’m not totally averse to riding a girl’s bike but what if there was a bike that was unisex (like your hairdresser used to be before they re-invented good old fashioned barbers in the glib surrounds of your local shopping mall, complete with barber pole and swinging french doors…)? For why you ask? For when you want a step through but don’t want to do it on a sheila’s bike.Of course said bike has been around for years and is enjoying a resurgence of interest. And it’s called a mixte, a name carefully chosen so now you never quite know how to pronounce it (is it French with a soft ending or Italian with a hard “e” on the end mixty-style?).I’ve long held a desire for a mixte bike and about a year ago I realised that dream and am now the proud owner of an almost unrideable Peugeot mixte circa 1970s. 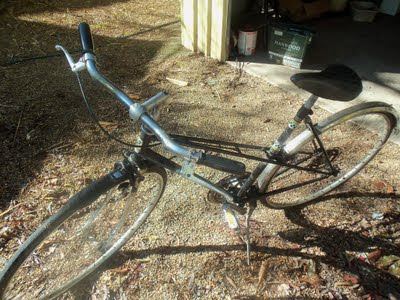 While I contemplate what it will require from me to make the bike not just rideable but also enjoyable the mixte movement has been quietly gathering momentum.

The mixte was until recently a rare breed of bike, being somewhat in the girls’ step-through mold but with a structural integrity built into the design that most step-throughs lack. Triangles are strong shapes and the mixte has them in spades, with the long sloping top tube running straight down to the rear axle like a pair of seat stay, yet with a second set of seat stays keeping the whole thing plenty strong. I think it was the engineering and design element that appealed to me, a unique solution to the problems inherent in the step-through. Plus it kinda looked cool and unusual and that’s more than enough. Who doesn’t love a split top tube?

Well now it seems the whole world is embracing mixte bikes and by the time mine makes it out of the shed there will be streets over-run with mixte. As an avid bicycle blog reader I’ve been stumbling across a multitude of mixte reviews and  pictures of late, so I thought I’d delve a little deeper.

First up is this lovely mixte from Mojo: 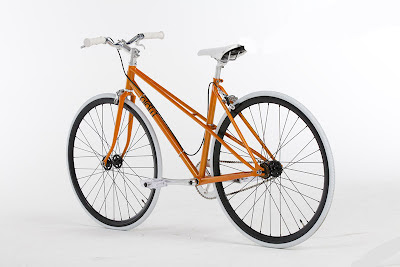 As an owner of a Mojo I’m already a big fan of their bikes so I’m pretty happy to see them selling such a lovely mixte. It has all the proper mixte design features, including the split top tube that runs straight down to the rear axle. They’ve delivered it with a set of BMX pedals, which I think make a cute contrast. The colours are quite masculine which makes me think the Mojo guys reckon this mixte will appeal across the sexual divide. In Lovely Bicycle’s recent round-up of mixte bikes she spoke of a mixte that failed because the colours were, in her opinion, too masculine to appeal to the female market for this bike. Who knows who is right. I’m a bloke and I own a mixte. Yes, not a very functional one but still it is a mixte.

Over at Ribbed Imports (no, not a condom vendor) they do a very nice mixte from Creme, complete with a stylish porteur rack. 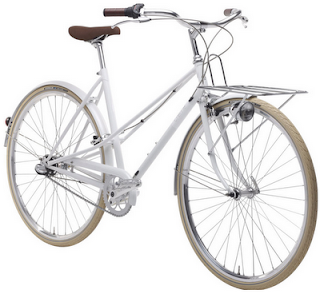 Over at Allegro Bikes they do a mixte in black that has a rear rack and a “resonant brass bell”. (Brass bells are something else that’s been popping up a lot in my reading. I have one of those zeitgeist driven urges to get a vintage replica brass bell so I can warn those dolts who stumble around on the bike trails with some style.)

Recently I was instrumental (as in, I got played like a fool) in helping a friend buy a mixte made by Trek (so even the big guys are getting into it). 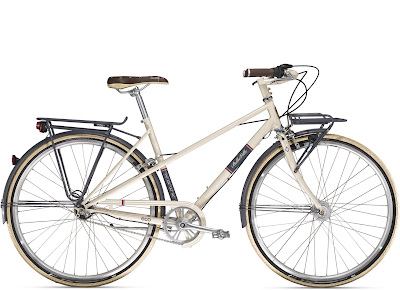 This bike was hard to fault for the price, having guards, hub gears, hub dynamo and two racks for under $600. Of course it weighs a tonne…

Linus Bikes are available in Australia now and they too have a lovely mixte single speed. 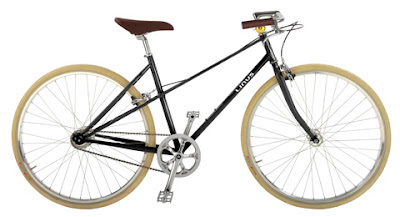 There’s a brass bell on that bike so shiny you can almost hear it ringing from here.

I’m sure there are plenty of other mixtes out there in this mixte up world of ours. Lovely Bicycle recently featured a few lovely mixte (which you’re unlikely to find for sale here in Oz but you can but hope) so I’m putting that on your recommended reading list also. When you’re done there go for a ride and aspire to a mixtie fixie and report back when you’re there. Cheers.