Is it funked? I’m new to the whole throwing down some attitude bit. Haven’t even got my knuckle tatts yet. Next week.

I’ve been using some rear brake in my fixie skids. I have a theory that excuses my weakness. When I was younger (so much younger than today) I was taught to do the dolphin kick necessary for butterfly stroke (I’m talking swimming here…keep up…) with the aid of flippers. Now obviously flippers aren’t legal in competition (unless you’re born with them hey Thorpy?) but the theory was it helped you get a feel for the movement in a way that splashing around with you own little feet could not. Once you knew what to do you could then apply that without flippers.

That’s how I feel about my skids. It might seem like I’m copping out but in fact I’m just teaching myself some style, getting my body used to what is required to skid so I can do it later on unassisted. 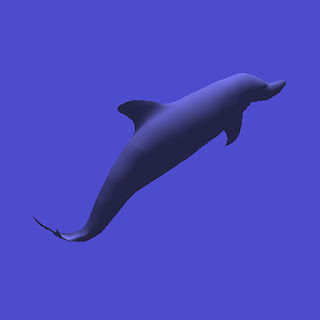 I’ve included a picture of a dolphin there because everyone loves dolphins. Back when the rents were cheap in Surfers there used to be a shop that seemed to sell nothing expect small statuettes of dolphins and lots of blue fairy shit. It was the kind of place you’d frequent if you wore lots of purple velvet and spoke in a soothing voice all the time. The enduring success of what we used to call the “blue store” is testament to our love of dolphins.

And the purpose of that story was to distract you from the fact that I never really learned to dolphin kick and could barely butterfly from one end of a 50 metre pool to the other.