Who can resist the allure of beautiful women and beautiful bikes?  Well this guy probably, but he couldn’t help sneak a peak at the welding and now all he sees is stars. 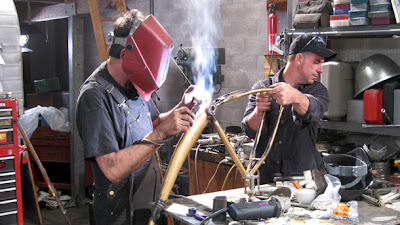 Everyone else will be please to know that the Fix Up calendar 2012 is hot off the press. 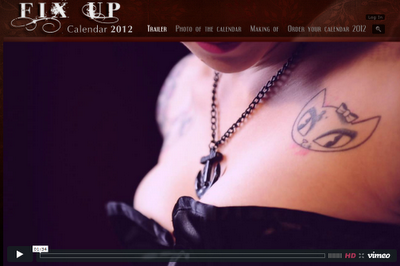 In case you’re not familiar with the genre, what you get are luscious females and fixie bikes mixed up. It’s a bit like the Gold Coast Meter Maids except more classy and less pointless. (Gold Coast meter maids have solicited donations from me several times. When I asked them what charity I would be giving my hard earned to they told me, “Meter maids. We put money in the parking meters.” This would be fine if I wanted to give money for someone else’s meter and if meters still existed on the Gold Coast, which they don’t. I have emailed them for clarification, just on the off chance that the meter maid chicks are just uninformed bimbos but unfortunately they never replied.)