Skip to content
There are now so many places to post you gorgeously curated bikes that, should you decide to build one for each gallery, you’d run out of space in the garage.
What sets this one apart is…well, nothing really…except maybe it’s presentation is better than others and they allow bikes a across the broad range of bike types and not just single-speeds or fixies specifically.
Speaking of single-speeds and fixies (as I so often do), they have separate categories for each. Hard to understand why when often the only difference is which side you’ve flip-flopped your hub on that particular day. Yesterday my bike spent time as both single-speed and fixie. (My legs were spent from previous night’s soccer and got sick of pedaling, so I came home and abruptly converted back to single-speed.)
Here’s an example of a single-speed: 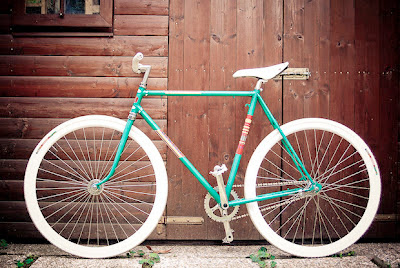 And here’s a fixie: 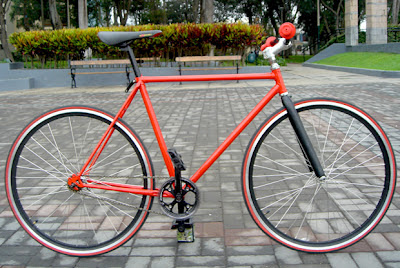 They also have a section for hybrids, which initially filled me with dread, but when I summoned the courage to cross through the hybrid portal I discovered this lovely gem: 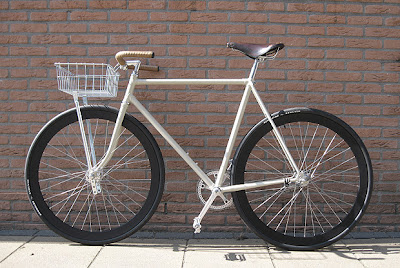 Looks like a fixie/single-speed with a  front basket to me but that just shows how lacking in discernment I am. Could be it has coaster brakes too. Hard to tell from her even when you squint.
They also have a category for “exotic” and if you’re careful you’ll find in there… 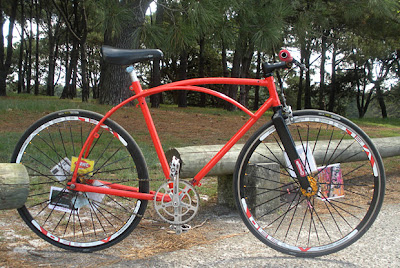 …another single-speed/fixie thing.
There’s a little blurb on each bike and you can leave comments for the owners, which gives me the impression that this bike gallery is more about connoisseurship and less about just having a perv on some fine looking bikes while you’re pretending to work.
Go take a look and get inspiration for doing something interesting for you next ride.
Boutique Cycles  <— this is the link bit 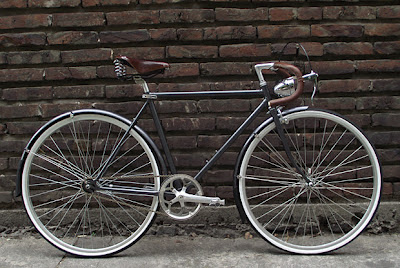