Skip to content
Road rules don’t apply to me. It’s not my choice, it’s just the way it is. I’ve had a lot of people telling me how awful we cyclists are and how we never follow road rules, so I had a assumed for a while that road rules did apply to me. But the more I ride the more convinced I become that they do not.

Here are a couple of small examples from my last couple rides. First up there’s this one intersection in Nerang (if you know the Gold Coast you’re going, “Oh Nerang,” in a knowing way) where drivers cut me off six times in a row. We were turning into the same street, me with right-of-way, and six times in a row the car coming opposite turned into the street like I didn’t exist. On the seventh time a car came up behind me and drew level as I was trying to turn. So much for swing-wides.

Cars habitually overtake me in roundabouts. I love this one. Nothing like being forced into the gutter by a tonne of motor vehicle. Or they overtake me just before the roundabout. Beats me why they ‘re in such a hurry to maneuver their cumbersome vehicle in front of me just so they can jam on the brakes and prevent me from rolling through with a bit of momentum, but they do. Coming through Chevron Island recently I heard a car coming up behind me as we approached the roundabout so I put out a hand to indicate they should hold back. Still they drove up beside me. So I gave a very firm gesture that indicated something to the effect of, “Hold the fuck off for two seconds already!”

It takes a lot of effort to protect even the most meager road rights but the car did eventually hold back and let me pass through the roundabout. The car lost maybe one second of progress, quickly regaining the stop-start traffic in front. Thing was, road rules don’t apply to me and the car driver was furious that I’d been so impertinent as to try and claim them. I heard the car engine rev and howl and I did the only sensible thing in these circumstances, I got the fuck off the road. The driver was  woman in her late sixties in a white Merc, not your normal profile for a road rager, but it doesn’t take much provocation from a cyclist to make even the most humble car driver see red. Road rules don’t apply to us and it only infuriates the motards (half motorcar, half tard…not the motorbike) when we try and pretend they do.

I could bore you with more examples because of course there isn’t a single ride where there aren’t incidents. Even small things like indicating. A motard will indicate for another motard but leave a cyclist guessing. Cars pull up beside you at intersections claiming the space as though you don’t exist. They roll up beside you and toot you. They wave their arms out the window and yell at you. They pull off the road and run you into the verge. They do a dozen different things every time you head out.

One of the funnest way to show me that I don’t have rights is by shouting abuse at me. I get this infrequently but it’s always amusing. In each case it would appear that I have done something to upset the motard’s delicate psychic balances (like, you know, existing) and he wants to let me know what it is. Often I can’t really tell. I pulled up at some lights at a major intersection last week and waited while the lights went through their paces. When I got a green a guy in a ute going the other way took the opportunity to give me an earful. All I caught was something something…sometimes about a bike…you fucking cunt. What I might have done to upset a guy sitting at the lights going the opposite direction I can’t hardly guess.

What amuses me is when a car driver pisses all over several road rules so he can tell me about the one minor infraction I made. I had this a while back. In a quiet suburban street I had rolled to the front of the lights. When the lights changed a guy pulled up beside me and abused me for several minutes through the passenger window as he drove a weaving course down the road beside me, his wife copping the spittle that burst from his angry lips. Another guy tried to run me over because I had used a pedestrian crossing without dismounting. When I caught him and confronted him he justified his actions. What I’d done was illegal and had to be punished, possibly with death. Or it would be if road rules applied to me. 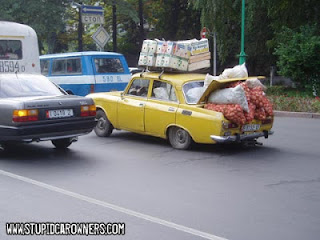 Still I’m glad they don’t leave it bottled up, this hatred of theirs. If they did it could grow to uncontrollable levels and it would only take one incident to spark a massacre, our very own equivalent to the Rwandan genocide. Once the first cyclist went down word would spread and people would take to their cars everywhere to find someone to kill. Once the cyclists went down they’d hunt for friends of cyclist and cyclist sympathizers. People everywhere would be hiding their lycra and One Gear knuckle tattoos. (Very hard to hide knuckle tattoos so before you get inked think about the impending cycle genocide.)

Despite so much evidence to the contrary,  motards still try and convince me that I should follow the road rules. This isn’t, I gather, so much for my convenience and safety, as their amusement. I can see why, when they’re sitting in stop-start traffic in a vehicle whose repayments could buy a new bicycle every week, they get frustrated when one of us glides past. I can see why they would like to pretend, sometimes, when convenient, that road rules do apply to cyclist. Road rules are so very necessary for cars. They’re graceless cubes weighing in at well over a tonne each. If they didn’t have rules they’d be knocking into each other all over the place.

Yeah but when a cyclist pulls up at a T-intersection, I see no reason why they wouldn’t do a left turn against the lights, so gracefully slipping between the gaps left by those cumbersome chunks of steel and plastic the motards get about in. I can see why the motards would get frustrated and angry, but the anger is misdirected. More to the point, it’s too late for them to pretend that road rules suddenly apply to us. If they’d really wanted us to stop at that intersection they shouldn’t have cut us off, run is into the gutter, sworn at us and thrown things at us. At this point, when I roll through the intersection, if someone were to have a go, my attitude might so easily be, “Go fuck yourself.” And that is probably the best advise I can give any motard who thinks I should follow all their silly rules.