Who wants to be a papillionaire?”
I do.
Who wants uranium to spare?
Newman Does.


Have you heard? Newman wants to dig up Queensland’s uranium, drive it through the Great Barrier Reef, and sell it to anyone who promises not to make bombs out of it. (Like India, who have bombs but assure us they never made them with our uranium. No audits or any tangible evidence but a firm promise, okay?)

With our leaders so ready to whore us out it’s nice to know that bikes are still the sensible alternative to an insensible world. You see, it’s all about energy and our world’s unquenchable thirst for it. It drives our cars, builds  our houses, grows our fruits and lights up our televisions in time for Dr Phil. Without energy we can’t drive to the airport, can’t catch the plane, can’t stay in five star resorts, can’t watch repeats of Seinfeld on their 60 inch TVs while sitting in the massage chair consuming room service. You’d have watch Seinfeld back home while pedaling to keep the generator going. 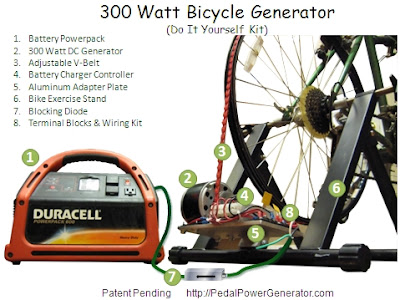 One energy source is exactly like another. In the US energy companies switched from coal to gas quite readily and are now switching back to coal because it’s getting cheap again. Petrol and diesel may seem like they’re different products to coal seam gas but that’s only because you don’t fill up your car with coal seam gas. In the big picture is it’s all energy. Burning uranium is like burning sticks (if sticks burned so hot you had to dowse them to in a constant supply of water to prevent the whole thing from going armageddon on you). That’s why putting a “no coal seem gas”sticker on your car is a bit like Charlie Sheen wearing a no prescription drugs t-shirt. Because he only took illicit drugs. If anything it’s a measure of how pathetic our first world problems are when we can’t distinguish between what we do and what it actually means in the real world when we do it. Like when we eat lamb and pretend killing yards don’t exist.

Of course I love a bit of hypocrisy and I’m the biggest hypocrite around. I hate nothing more than to see people unloading their bikes at the Broadwater for a ride along the bike path. I mean, bikes are for riding yes? Are you legs broken? No. Then why don’t your ride down to the Broadwater?

Yet I happily loaded my mountain bike into the van yesterday for a ride in the forest. And I fucking rocked. I was really smashing it up yesterday.

I rode to the market yesterday and yet I drove 140 km return to pick up the Pappillionaire. At the market I scoffed at the feel good attitude toward using environmentally friendly bags (because what’s it matter when you already burned a kagillion bags worth of petro-chemicals getting to the market?) and yet I flaunted my Keep Cup like I was saving the earth just by myself.

Our hypocrisy is how we get by in a world that is just too comfy to give up. A car is just a big recliner chair on wheels. If anything it’s more comfortable than your lounge room. And you don’t have to go looking for the remote because the air-con, heating and radio are all within easy reach. You can text and tweet while you drive, in case concentrating on the road becomes too onerous, and you can yell at cyclists for minor infractions when you get bored. Sure it burns up shit loads of energy and pumps nasty shit into the air we breath, it screws up the ozone layer and heats the world so much the Maldives are disappearing, but you have your little mesh bags for your veges saving the world. Between that and your new paleo diet (no processed foods means no processing) you’re pretty much the smuggest person on the planet. And by you I mean me.

Of course, all these problems would disappear if you were a papillionaire. I’m not sure how big a number a papillion is but it has to be pretty big. I’m like a computer type person in my working life and I’ve been all the way up to terrabytes with no mention of paps. So it’s huge. Like Warren Buffet and Bill Gates combined. With that sort of money I’d run my car on the flatulence from my personal staff or something. We’d feed them nothing but beans and vent their farts through a hole the roof. The fart condenser would stoke a turbine that made energy to run my secret sweat factories who made shoes for Nike and footballs for Sherrin.

Of course, despite being incredibly rich, I’m not actually a papillionaire. I’ve been a millionaire in the past but I blew it all in one day. It was in Vietnam you see. And the currency was dong. So it was about $50 in our money. It’still a lot of money to spend in one day (in Vietnam) but all I can say is, stay away from the rice wine.It’s not exactly sake. It’s more like something you could run your car on if the fart condenser brakes down.

Stand by next week for the full review.