Skip to content
What a wonderful week we’ve had in cycling. On a personal level there’s the arrival of my wooden monogrammed handlebars. Here’s a sneak peak. 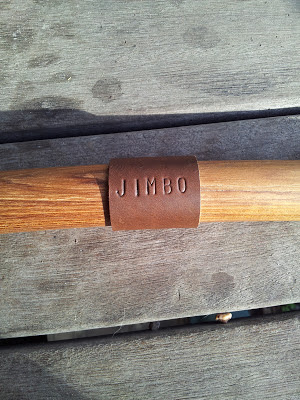 I got those fellas from Etsy. They’ve come all the way Thailand and they’re made from some rare rainforest timber whose harvesting causes the extinction of several rare but very tiny mammals. Either that or they’re made from teak off-cuts. I’ll look into it further and publish a proper article on them some day soon, once the brake levers arrive and they get installed on the Brown Jersey.
Also, I got some new Shimano XT disc brakes for the mountain bike. So I don’t have to pump the lever any more to get them to work. Probably a shame really, because flying into a corner at twice the speed I was expecting was doing wonders for my riding style.
What really makes the week in cycling so cool is Danilo Di Luca got busted for drugs and Emma Way ran over a cyclist. Finally the theatre has been put back into our wonderful passtime.
I confess that I take little interest in the Giro because it hasn’t always been on television. Besides, it’s not The Tour. It lacks the drama of the big event. Until now that is. What I love about the Danilo Di Luca show is almost everything, but most of all I’m impressed with how quickly and thoroughly his manager denounced him:

“It’s true,” Scinto said in a quiet, sad voice. “He’s mad, he’s a cretino, he needs treatment. There’s nothing else to say. We gave him a second chance and the sponsors put their faith in him and this is how he pays us back. It’s crazy that a rider thinks they can get away with it like that.”

It makes the whole Lance Armstrong affair seem so dry and uninteresting in comparison. Hopefully there’s still time for someone to get busted with horse testosterone or a good old fashioned cyclist sit-in or go-slow and the Giro will become my favorite event of the year.

If you’ve been following the  Emma Way thing you’re probably by now feeling vindicated as a cyclist who has put up with too much shit and now someone’s going to cop it. I advise some caution on that. Don’t get ahead of yourself. Emma Way has contracted a lawyer/media adviser and she’s hitting the ground running. Most troubling of all is this. Here’s a photo of Emma: 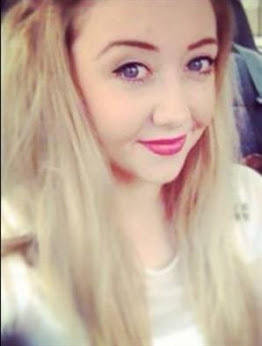 And here’s a picture of the poor dickhead she ran over: 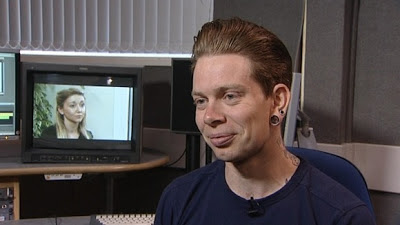 You can see his problem can’t you? Whose the media going to support? The pretty girl or the guy with tattoos on his neck?
She’s already fronted the media and done a good job at presenting herself as the new victim in this spectacle.  Toby seems like the most affable guy in the world and besides, he’s a cyclist, so it’s not like it’ll be the last time some careless fuck tries to kill him. Meanwhile the cycling media has gone it a hyperdrive of facts. Here’s one about her quip about road taxes: http://www.bloodycyclist.com/the-road-tax-myth/
Problem is you can’t fight bullshit with facts. If you could we’d get the politicians we deserve.
I say good luck to Toby and his supporters. I hope he can win one for us. I just think we’d have more chance if he’d been run over by someone a bit dowdy.