Skip to content
Yeah I dunno I think I’m pretty much bored with 3D printers already. It’s one of those things, when I first heard of them it seemed like one of the most ground breaking ideas ever. It’s revolutionizing technology to be sure. There’s just something about the hype surrounding it that bores me. Having lived through the creation of the internet I think, “Uh oh, not again.”

For instance. Man prints a 3D gun and uploads the file for you and me to print our own guns. So  obviously 3D printing is a dangerously mature technology that’s going to arm a new militia of militant nerds. With this gun. 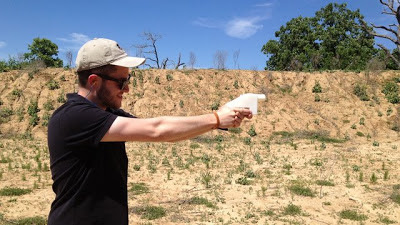 Sure it only fires one bullet at a time. And sure the US is so awash with guns that if we converted them to bikes we’d probably cure their obesity epidemic. And sure if does this when you fire it:

I’m as suspicious of nerds as the next guy. No doubt they’re waiting for their opportunity to rule the world and the hipsters will be first against the wall come the revolution. But I think they’ll have to wait until they find a gun that doesn’t explode in their hands.

Still, there are other reasons to be suspicious of these 3D printers. Terrorists. I know, scary huh. Terrorists are a very real and ongoing danger for all of us. In fact, they’re almost one-millionth as dangerous as a teen texting in their car. And with this 3D gun that shoots one bullet at a time they probably won’t bother blowing stuff up with readily obtainable and cheap materials. Worst of all, the 3D gun is made of plastic and can be smuggled on-board a plane. So now if they can just make plastic bullets that fire without gun powder they’ll be able to smuggle them on-board too and actually fire the gun.

It was the same when the internet came along. Before I got the internet I was convinced it was full of instructions for suicide, based on media reports. Apparently when the teens of Australia got their hands on instructions for how to kill themselves they’d start dropping like flies. And then there were all the kiddie porn pictures allowing pedophiles unlimited access to dangerous smut. Stuff like that is there of course but so are people who police these things. Turns out the internet is a pretty good place to entrap pedophiles. Or to counsel teens. Or publish shit about bikes.

With a 3D printer you could potentially print your own bicycle at home. A plastic bike for sure. Which raises the question, who would want to ride a plastic bike anyway? And then I thought, I oh yeah… 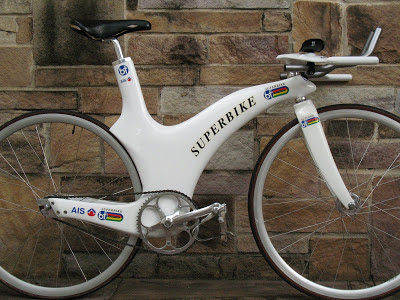 Still, it’s not a mature technology, as this video shows:

That’s not the only 3D printed bike in existence though. Gizmo got all breathless about this amazing bicycle. No wait, that’s the same piece of rubbish from the video above, just given the kind hype treatment I’m referring to.

Of course, that’s a bit tricky isn’t it, printing out your own entire nerdbike from scratch. What about just printing off some clever bits for your fixie? Like this bit of bike smut from Ralf Holleis: 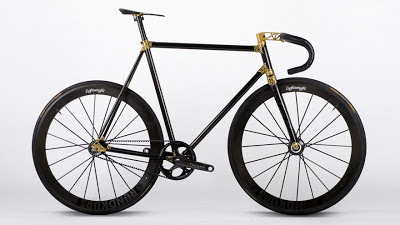 He’s been working with the guys at Charge Bikes who have been working with some other dudes who make 3D printed titanium. (Yeah I know, not exactly something for the home DIY any more.)  They make delicious shit like these drop-outs: 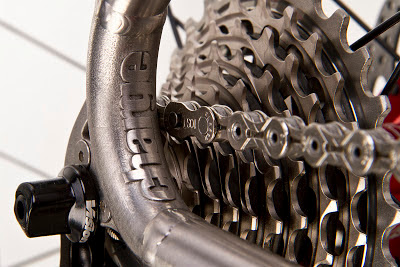 Yeah, drop-outs are for drop-kicks but at least it you’re going to have drop-outs you should have someone’s name embossed on them. The whole process for making them is suitably, and perhaps unnecessarily, complex and looks a little like this:

I can see where 3D printing is heading and how it might make the bike I ride better one day, or at least more blingy, but I still can’t help getting the yawns over it. I’d still rather blow my hand off with the 3D gun than ride that 3D bicycle. I like the concept of small-to-medium scale manufacturers being able to knock out bits on a scale that works for them. I like the concept of them being able to prototype and test. I just want someone to wake me up when the whole technology has become mature enough so dickheads like Gizmodo stop bullshitting about it.