One of my dogs says woof woof and the other says arf arf but they still seem to understand each other. This despite neither having access to Google Translate. Pity cyclist and cartards don’t get along so well. They might speak the same language but their understanding seems to move ever further apart.

Here’s a typical exchange:
“Fuckhead, get off the road.”
“Get fucked moron.”
Which loosely translates as:
“Woof woof woof.”
“Arf arf arf.”
I’ve written before on my theories of why cartards hate cyclists so much but the truth is for most of us it’s as baffling as why some people need full lycra to ride 5kms each way on a bike track. Perhaps if you’re searching for answers you should consult Yahoo 7’s investigation, War On Our Roads. (Hardly a fucking war, and if it was it’s tanks against infantry, so not a war I want to get involved in.)
Channel 7 says, “we speak to people on both sides of the debate”. Well hardly, they spoke to cyclists nearly killed by cartards on one side and Derryn Hinch on the other. For those of you not familiar with Derryn here’s everything you need to know:

Derryn says, “Cockroaches on wheels”, which loosely translates as “arf arf the dumber I say the more they pay”.

TISM’s Hinch vitriol above is at least twenty years old but nothing has changed except perhaps that Derryn’s star has fallen. Where once he appeared nightly on our televisions to insult and berate us he now has to take his infrequent opportunities where he finds them. Obviously this includes opening his mouth and spouting the kind of manure that any half-wit would realise was nonsense. In the world of shock jocks the first lesson is to shock. The second lesson is to be what resides inside your jocks.

Derryn is upset because fat middle-aged blokes are tip-tapping around his cafe in cycling shoes. I’m upset about that too. But I’m also upset about the 1,400 people who are killed each years by cars, trucks and buses. In fact, I’m probably more upset by that. Yeah, I reckon I probably am. I know that “being fat in lycra” is written into penal code somewhere and is rubbish how we don’t deport all these people back to Lycraland, but probably killing people is on balance worse. 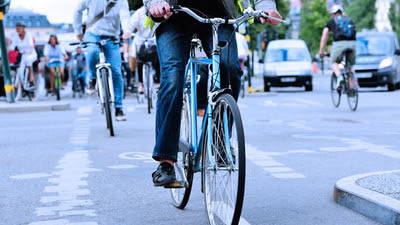 Sadly Derryn is mistaken when he reckons that petrol taxes pay for our roads. I know it’s difficult to go banging on about cyclists and not come off as a trivial, mis-informed whinge-bag but Derryn has to do better than this. He has to at least get his facts straight. The desperate cartard never sounds more like a shrieking bleating baby than when they cry all over the place, stamp their little feet and shout, “But I pay for all this.”

I don’t pretent to be all good with figures and whatnot but it doesn’t take a genius to Google this shit. And apparently the shortfall between what petrol taxes provide and what roads cost is about the same as the gap between Derryn’s mouth and his brain. Yes, fucking massive. This might come as a surprise, given that petrol is only just marginally cheaper than water at your local Caltex. When all they do is bottle the stuff as it bubbles out of the ground, refine it and ship it round the world you have to wonder how it costs so much. A $1.50/ltr seems like a lot to spend on your gas guzzling SUV when petrol should be just about free. Hmmm…perhaps Caltex, BP and co have a profit motive. Yes, if you ask me, they’re not doing all this for free. I think  a small quantity of that $1.50 goes into their pockets. Whatever. Clearly it’s not your responsibility to get a more efficient vehicle, the problem is that your taxes are being spent on cyclists, cyclists with their big heavy bikes that tear up roads when not cycling in their special lanes that you paid for also.

A funny thing about cyclists. A lot of them actually pay taxes. I know I do. I’m an employer so I seem to pay about fifteen different taxes. Every time I turn around I have to pay another tax. I have a word for this. I call it Life. Life is expensive and you have to pay for it. I pay for stuff and I contribute to the stuff that the country owns for me, like roads. I pay for roads and rails and bus links and all sorts of other stuff (not personally you understand, I contribute…blogging remuneration might climb into the many millions of dollars but I have clever taxation lawyers who are geniuses at “tax minimization” strategies).

Derryn wants us banned from the roads. Because, obviously, what every driver wants is more cars on the road. More traffic. More traffic lights. More gridlock. More time in the car going nowhere. His argument is that since we don’t pay for the roads (fucking moron) we don’t have rights to access them. By the same logic pedestrians wouldn’t be allowed to cross roads. They’d need pedestrians taxes to pay for over-passes.

My contra-argument to that is, “Get fucked you fucking moron.” Or “Woof woof woof go google road taxes and come back when you’re semi-informed.”

To be honest, when I saw the adverts for this report on TV I thought they were going to do a stitch-up job on cyclists. What I got was quite the opposite. In the face of the 30-odd cyclist dead, the 3,000 injured, the images of a woman lying in hospital all damaged and broken with a baby in her arms, Derryn’s self-serving inflated sense of righteousness and entitlement looks like an angry old man being exceedingly childish. It’s a beautiful Derryn stitch-up that he never saw coming. They let him condemn himself with his own words by sandwiching them between the stories of damaged cyclists.

I just feel sorry for Mark Skaife. He hasn’t thought through his notions for registering and licensing cyclists but that doesn’t mean he should find himself in the company of someone as sad and misguided as Derryn Hinch.

You can find the full War On Our Roads report here.