I cycled over to see a client at Southport Central today and was met with this sign: 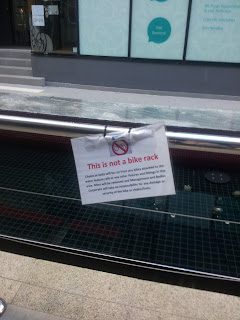 Fair enough I thought. It’s a public space but you guys own it and you can get all cranky about how people use your  rails if you want to. If you’re a busy and thriving shop space then I reckon you can be fussy about who and how people use that space. So, just how well is this policy working out for ya? 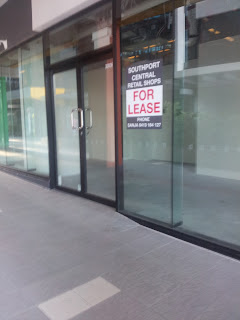 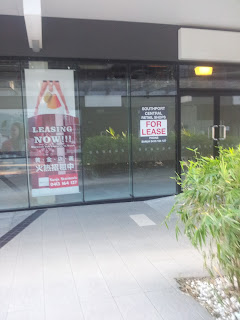 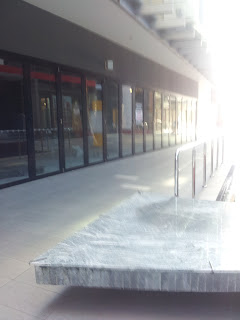 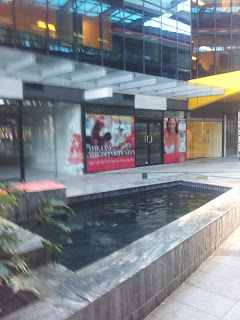 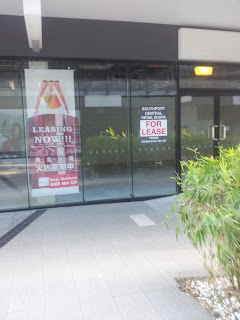 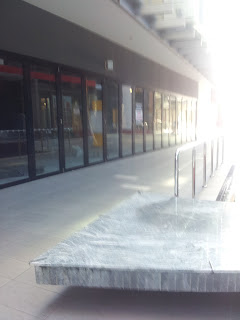 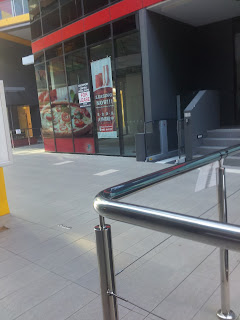 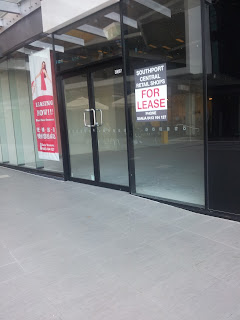 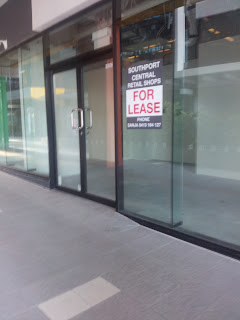 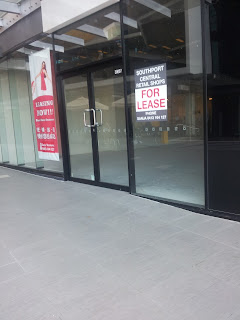 There’s more but I had to stop taking pictures because I was worried my phone would run out of film.

I understand people not wanting to have one of those grotty K-mart bikes or backyard junk collection bikes leaning on your stuff. I wouldn’t want a Huffy leaning against my stuff. But I was riding this bike: 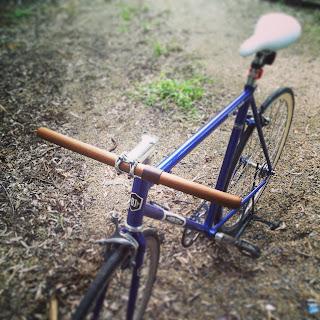 I can’t see how the gorgeous Brown Jersey could do anything other than enhance your public space. Perhaps if they had enough fixies lined up they might rent one or two of those empty shops. Perhaps one of those cafes that keep opening and closing at Southport Central would sell a million coffees to espresso sipping hipsters. If they’d just let us park our bikes there.

To my way of thinking there’s something wrong with a proscriptive approach to public spaces. If you have to tell people how to use (or not use) something then you’ve probably designed it wrong to begin with. I’m a web design guy in my real life and one of my pet hates is the thing where you’ve got “click this link” as a link. If it’s not obvious it’s a link, you’ve done it wrong. (Okay, now go back over my blog and tell me all the bits where I’ve done it wrong. I tell you what, you start paying me to write this blog and I’ll start caring about the little things.)

Often public furniture or anything with a rail on it is skateboard-proofed by attaching knobs to it at regular intervals. This might seems like a good approach to the dimwits who sit on their fat arses and design this stuff but it’s actually a wasted opportunity. If the only thing that anyone ever does to this thing you’ve designed is sit on it then it’s not really reaching its full potential. And you as a designer are failing to reach your potential. Give the same public furniture a hard metal grind resilient edge and suddenly it comes to life after dark. When weary shoppers who paused during daylight hours to eat their ice-creams and hamburgers have all gone home the skateboarders come out to give your object a second life. I don’t see how providing a rail for skateboarders is any less important than providing a space for fat bums.

Perhaps they could charge for bike parking. At current rates it’s more profitable than car parking and probably worth more than renting shop spaces. The new Gold Coast hospital is charging its workers $4 a day to park a bike. Given that they only charge $6 a day to park a car, bike parking is now subsidizing the car parking. I reckon you can park about eight bikes in the space where a single car would go which makes bikes over 5 times more profitable than cars. With that kind of money involved I wouldn’t be surprised to see a couple of start-ups investing heavily in the bike parking industry within the next year. Look out for my bike parking campaign on Kickstarter.

Bike parking is so expensive it’s now worth more than the bikes. The annual cost of parking your bike is nearly $1,000. Sure, that’s only ten percent of the cost of the carbon Pinarello the consulting boob surgeon rides but it’s probably two to three times the cost of his nurse’s commuter. With those prices you’re better off loosing two bikes a year to theft than paying for secure parking.

Given that this nurse’s employer has the word Health in it, as in Queensland Health, some have already pointed out the irony of charging a discouragingly high price for bike parking. I’m sure Queensland Health will respond with some kind of activity program, one of those knee bends and shuttle run things in the park. At subsidized rates you’ll be able to run in circles and box the hands of your trainer for only $2 a day. With the parking being privately owned and Queensland Health being state run this policy would certainly be consistent with the modern ethos of “private profits and public losses“.

This looks like an over-zealous approach to commercializing our public facilitates. As with most of these things it’ll end up costing us more money than it saves. If $4 a day seems like gouging then you could just chain your bike to a rail out front of the hospital. At least until they put up the “this is not a bike rack” signs.