Skip to content
When Reid announced their new line of Create fixies they immediately contacted the best bike blogger in the land for a review. When he/she wasn’t available they contacted the next best. And so on until they came to me. While flattered, I played the prima donna and refused until all my claims were met. That’s why I get to drive to Brisbane on the 14th and pick up a Create fixie and drive it home again in my own vehicle. There, that taught them. 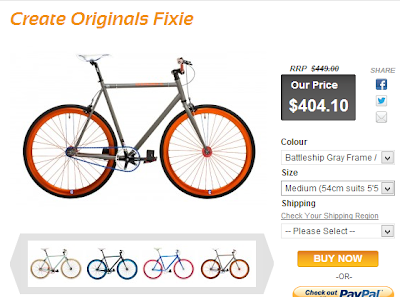 Have you clicked on the Buy Now button already? Doesn’t work does it. Paypal neither. Stop clicking already and go here instead.

By coincidence I’ll be in Brisbane on the 14th to watch Circa do clever stuff to chamber music. 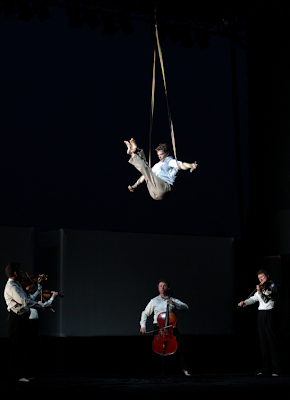 Chamber music is so named because they practice their instruments in the toilet. I’m pretty sure I’ve got that right. I read it somewhere.

Anyway, the important thing here is that I’ll have a full review of the Create fixie interspersed with my usual twaddle and diversions sometime soon after the 14th of September. The release of the review will be timed for maximum exposure during a quiet moment in the media cycle, as I always do as Australia’s foremost satirist and bike reviewer. Of course, this pre-review media release has been totally eclipsed by a footballer setting fire to a dwarf. As though that doesn’t happen every day. Totally spoiled my media stunt in which I set fire to a small child wearing a Single Speed Gold Coast t-shirt.

While I’m sure Clinton Jones’  mother is very proud of him today his Mad Monday Midget Madness (if only I wrote the headlines) is nothing compared with Mad Monday NRL style, where nothing short of having sex with the family mutt will stand in for proper madness. Here’s a version of the act beautifully rendered by Taiwan news TV:

If I could just get a footballer to fellate a dog wearing the SSGC logo hat. That’d be some proper exposure.