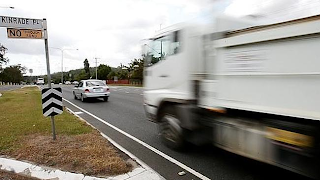 According to Death spike: why cyclists are dying twice as fast on our roads (news.com.au) Australian drivers really are dangerous, belligerent and negligent.

Well we’re running red lights to bloody get away from you, because you drive like a f—ing lunatic.

According to the report there is anecdotal evidence that police are doing very little to prosecute these murderous fools who kill cyclists. I personally expect nothing from police and wouldn’t waste my time talking to a policeman about some mad fuck in a car who tried to kill me. I argued with friends recently about cameras on bikes. My argument was that even if you have absolute proof on video that the car was at fault they wouldn’t give a flying fuck. Some thought I was crazy, paranoid and prone to exaggeration. All true of course but not in this instance it would seem.

Here is the evidence Craig Cowled tried to present to police:

The driver was fined for following too closely. In the same way that Hitler was just an over-zealous tourist. And Bill Gates built up a moderate retirement nest egg.

Be careful out there.