Skip to content
I know that pro cycling has provided plenty of evidence to the contrary but apparently we’re human too. At least according to a Kiwi advertising campaign that’s trying to redress the hatred shown toward cyclists.

People have an in-built need for hatred it would appear. Why else would you vilify someone else based only on differences of religion, colour or sexuality? (Football team perhaps, yes.) People will pick up on any difference, no matter how small, and tell you that it presents a valid reason for hating the other. Somehow, this same bigotry has been applied to choice of transport. And it’s bikes they hate.

According to the rules of hatred, the reason they hate us is because we’re getting an unfair advantage. We’re not following rules. We’re not paying for the roads. We’re the sole reason they’re stuck in traffic and not zooming through town like in those infantile car commercials.

Same thing with black fellas. People carping on about how they get so much money from the government or fishing rights or some other damn thing, doesn’t take into account the poor health and education outcomes for our indigenous population.

The problem for the sophisticated urban gentleman is he doesn’t know any black fellas, he’s come to terms with his gay mates, he’s not even religious himself. He’s come to terms with difference and celebrates it, takes in half a dozen culinary cultures per week, watches SBS, calls soccer “football” instead of “wogball”, has mates with backgrounds hailing from every part of Europe, and every continent. But still has that hatred itch to scratch. “So,” he asks himself, “Where’s that fucking cyclist got to? I’ll hate him now.” He knows cyclist are cheating him because he sees them beating him in the traffic every single day. How can some dickhead loser on a $500 single speed beat an Audi Quatro if they’re not cheating?

You can’t just run people over though. We know that. Not real people anyway. You have to dehumanise them first. Same way we have for centuries when the existence of other populations has proven inconvenient. (My favourite, using something as bogus as phrenology to try and prove that other races were inferior. Just who was the stupid one there?) The modern mind is no different. You dehumanise the cyclist. Then you can run him and his stupid contraption right off the road. 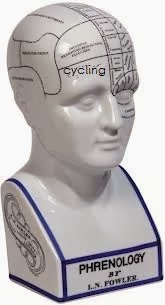 Of course, having your most vulnerable treated with contempt and open hatred isn’t conducive to public safety. This is why the Kiwis have launched a national campaign to re-humanize the cyclists. The campaign is along the lines of, this obnoxious prick you hate so much could be a father, a daughter or a sibling. Or a son: 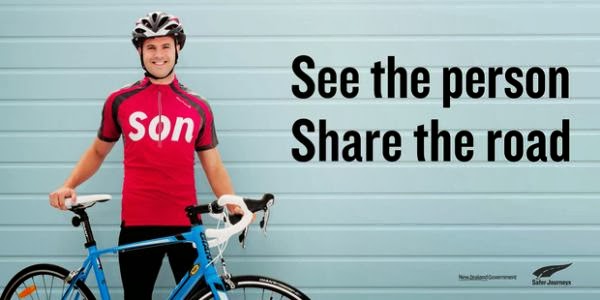 They’ve spend $400,000 Kiwi dollars on the campaign  so far (queue joke at expense of Kiwi dollar….except they’ve nearly reached parity with the Oz dollar…damn) and I’m sure the cyclist of New Zealand feel safer already. Next time some grotty cyclist is in the way the cartard will stop and think, “Pity that poor cyclist, doesn’t pay road taxes and doesn’t follow the rules, but I’ll go gently on him because he’s someone’s son.”

There has been some dissent against the ads. Some say they won’t work. But I find it hard to see how they could fail. I’m sure every vicious snarling cartard thug would go all soft inside if only he could think of me as my father’s son. Of course, he’d probably have to meet my father before he’d care. Or maybe we need a second campaign to humanize my father? And never mind that some of my closets friends think I’m fair game once I get on the road.

Looks like $400,000 well spent to me. Why spend it improving cycle lanes when you can just plaster up posters? 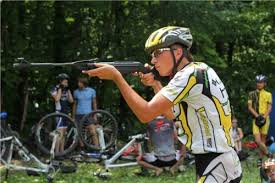 I think the only way to successfully redress the problem with cyclists and cartards is to tackle it in a way that takes into account the human mind. Maybe cartards can’t be made to care for us but they can be made to fear us. You don’t see too many cars trying to run trucks off the road. If you spend $400,00 arming the cyclist then I think we’d have their respect. A small gun perhaps. Don’t train the cyclist on it’s use. That way we’d be on par with the cartard, who is in control of a deadly weapon and barely knows how to use it. The cartard still won’t care for us but you can’t tell me he’s going to cut-off someone who might shoot back. The cartard won’t just be aware of cyclists, he’ll be hyper-aware. He’ll take a wide birth around us, never again block gaps just for the hell of it, never  try and share a round-about with us. When we yell abuse at them for so carelessly risking our lives, he won’t stare back blankly (that exact same look my dog gets when its scolded and its feeble little canine brain doesn’t quite comprehend why), he’ll duck for cover. Then we’ll have some effective and reliable road safety.