Skip to content
One thing I like about fixies is how they’re immune to the many trends that come and go in cycling. Except of course the whole fixie trend thing…

Of course, if we were really following trends we’d have ditched out fixies for cyclocross bikes already. Apparently.

The bike industry has gone doolally for a bunch of stupid-arse ideas over recent years. Trends which we’ve quietly ignored. Which is ironic when you think that people are still calling us hipsters and trendies just because we have one gear and flouro colored aerospoke wheels.

A prime example is 29er wheels. If you’re wondering what 29er wheels are then here’s a hint. You already ride them. They’re 700c wheels. But when mountain bikes use them they’re called 29ers because mountain bikers are so cutting edge only a measuring system defined in 1824 will properly describe their wheels.

Actually, it describes their wheels and tyres. When you put a two inch(-ish) tyre on a 700c rim you get something close to 29 inches. If that seems like a stupid way to measure something (eg, would you measure your waistline with your pants and belt on?) then I guess it’s because selling the “new 27.559 inch standard” would have been a hard sell. And 700c was just too fucking obvious! (And also it is the way they measure 26inch bikes. Who knew? Not me. Hardly surprising though because I’m an ignorant fool.)

When 29ers were first floated many (read: me and some other misinformed dolts) openly scoffed. Didn’t stop the whole mountain bike world going bananas over them. Apparently they roll over objects better and have a larger contact point. They’re also a bit cumbersome in tight stuff and somewhat less playful. So they make up for your inadequacies but at the expense of having fun. I reckon anyone who needs a special wheel to get them over objects should learn to lift your skirts and get that baby flying. 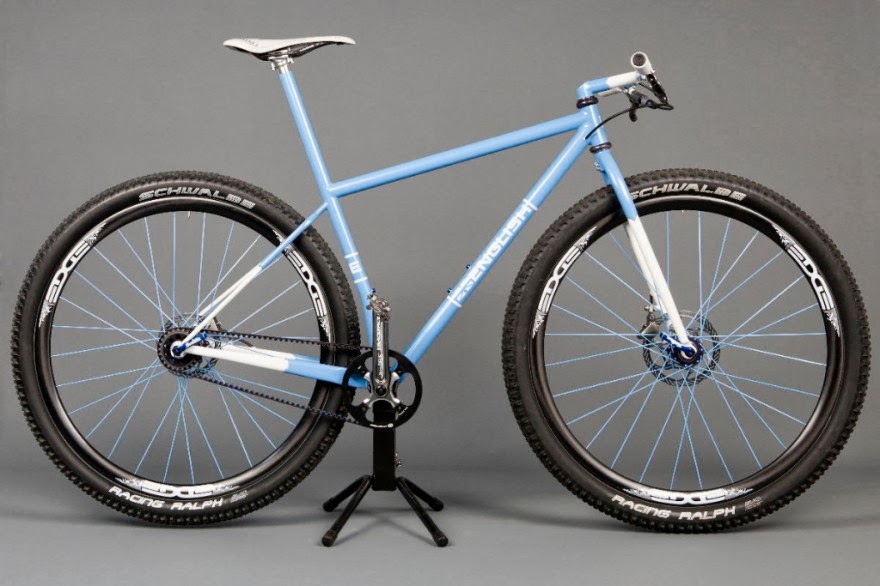 (Just like a real mountain bike. But with bigger wheels.)

After years of pushing the 29er (and some manufacturers converting their entire line-up to 29ers) they’re now belatedly admitting they may have thrown out the baby with the bath water. So they’ve invented the 27.5 (or 650b if you live in a country that converted to metric in the last couple centuries) as the in-between point. It’s all been great news for the bike industry, with people upgrading every time the industry changes its mind, and cyclists convincing themselves each time that this one will make me a better rider.

The latest trend to flood mountain biking is fat bikes. Invented to make rational people look stupid  they found a host of early converts who then went to great lengths to find reasons for using them. Some discovered they were great for riding through snow. Industry insiders discovered they were great for thinning out fat consumers wallets. Now they’re even flogging them in Australia. It’s a trend so we’ll buy them now and figure out where to ride them later on, maybe take them up to Thredbo every second year. Or ride them in deep mud when the trails are otherwise in such poor condition you shouldn’t ride them because you’re causing irreparable trail damage. Never mind the poor nongs who put such effort into building and maintaining those trails. Fat bikes and fat heads go together and we have no shortage of fat heads so prepare to see more of these ridiculous bikes. 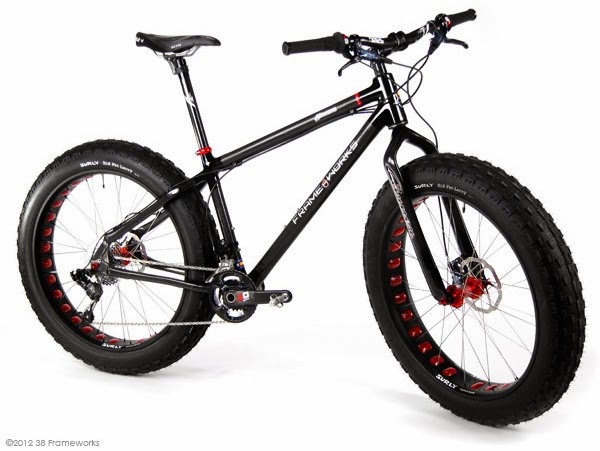 Electronic shifting seems to be more than just a trend for those who can afford it. Electronic bikes are popular for those who like cycling except for…well…the cycling bit. What next? Electronic cigarettes without the nicotine hit? Phone sex? Oh wait…we already have those things.

The latest trend in road bikes is disc brakes. That’s fine. I love disc breaks. I’d happily own a single-speeder with discs. I’d happily own any kind of bike with disc brakes. Because they’re awesome. A year or so ago I tried to find a road bike with disc brakes and apart from one from Specialized the market was almost bereft of them. (I got the Reid Falco in case you care.)  Just why the hell it’s suddenly become the hottest trend in road bikes is beyond me. Obviously there were some technical aspects to overcome. You had to have a stronger fork. And you had to address weight issues. The average roadie will piss his pants if you add so much as 100g to his bike. But these things could have been done at any time. Why now? Well because the idea achieved critical mass in the minds of cyclists, the manufacturers realized it was trending and they developed products to suit. But does that make it right? 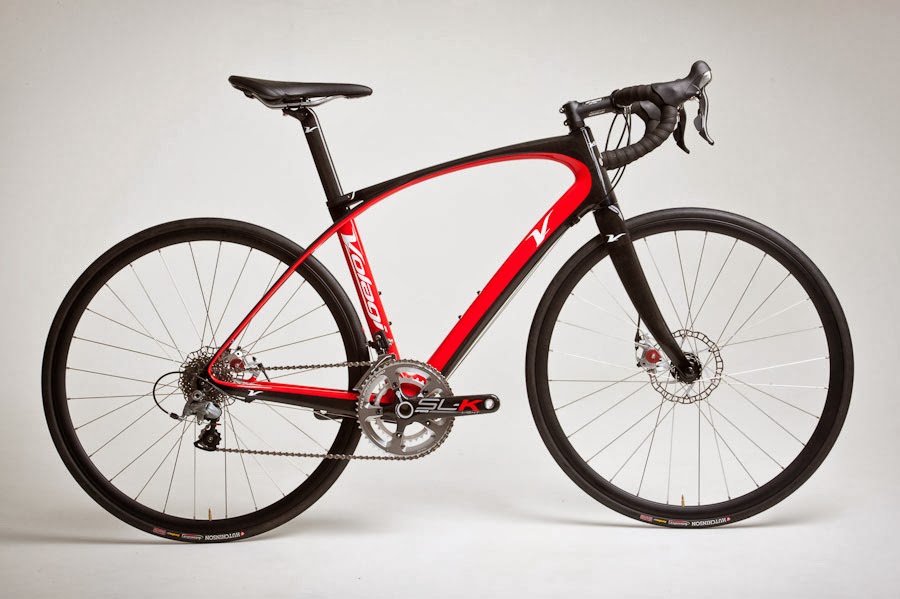 (And suddenly it’s a thing.)

My guess is that disc brakes for road bikes will follow a similar trajectory to 29ers in mountain bikes. In other words, in a year or two from now you wont be able to buy a road bike over $2,000 without disc brakes. Then that’ll taper off and some sensible middle ground will be found. (That is, everyone will buy a disc brake bike for descents and a regular braked biked for everything else and the bike industry will rejoice again because they’re figured out who to sell people bikes they don’t need.)

(Before you paranoid types jump to the conclusion that this is a big bike industry plot to get more money out of our pockets, just hold your horses. The average roadie doesn’t need any help when it comes to opening his wallet to buy expensive new bike toys. The industry is merely there to help separate these people from their money in a way that keeps everyone happy.)

Gravel bikes. Have you ever heard such nonsense? Gravel is such a namby pamby thing to have a special anything for. It’s like growing a special moustache for movie night.  Gravel is hardly the surface to warrant its own bike. Change the tyres on your average single speed and you have a gravel bike. Change nothing at all on a cyclocross and you have a gravel bike. Doesn’t mean gravel bikes aren’t a real and happening trend though. I’d get one myself but my local riding paths are dirty-gravelly trails cut through by use rather than formally laid gravel, so I’m not sure if it’ll work. I’ll hang out and see what the industry builds next year and perhaps they’ll have a bike specifically for my ride. Or perhaps the local council will finish building bike paths and the last 200m of dirt will disappear. Then I’ll buy a bike path bike. I hope they have available for the exact cement we use here on the Gold Coast. 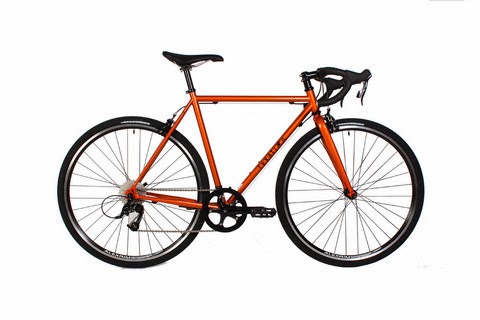 (Fyxation having a bet each way with city, gravel whatever bike.)

Of course, cyclocross is the other bike trend in cycling. They’ve been doing it in Europe since Noah was a boy but elsewhere only proper cyclists knew what it was. Nowadays it’s on every blog and bike magazine, like we just invented it. It’s still at that comfortable level in Oz, with a DIY all-welcome kinda feel to it. Anything that gets people out cycling and having fun is good news to me so I’m not going to bag it. I’m just wondering why the hell you people haven’t converted across yet like you’re suppose to. Stop reading fixie blogs and move on already!