Skip to content
When your wife works in a library you’re never shy on for books. If you’re lucky some of them have bikes in them too. The latest bike book to make it home was 50 Bicycles That Changed The World.

50 Bicycles That Changed The World is part of a series of lightweight pocket books talking around the topic of design. If you like the 50 bicycles book you can go check out 50 Typefaces That Changed The World, become a font geek, enter you own font on dafont.com, invent a new style of dingbats and go on to rule the world. Or not.

I’m going to say that 50 bikes can have a greater impact on the world than 50 fonts. Bicycles revolutionized transport and changed the way we lived and how we built our cities. They’re such a central part of  our culture now it’s hard to imagine someone had to invent them. Of course, they were not only invented but constantly re-invented.

Fonts, on the other hand, are merely a means for exchange information about bikes (because we’re too lazy to make videos).

What’s interesting about so many of the bike in 50 Bicycles That Changed The World is how many were single speed or fixed. Technically speaking the first bike, the velocopede, wasn’t even a bike. It was a type of running machine. After that they started designing fixies. Perhaps the most hardcore was the colloquially termed penny farthing. 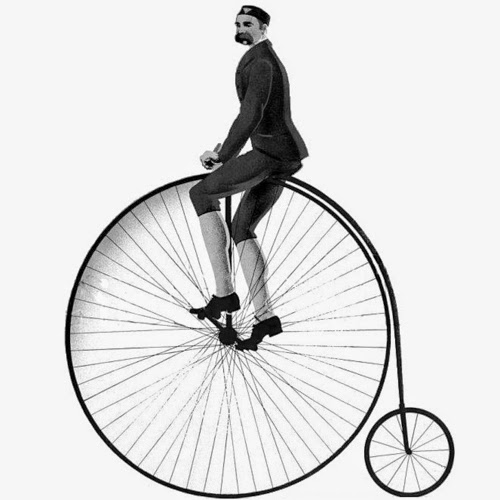 If you think you’re core because you have no brakes then you should try sitting astride a wheel so massive your legs dangle a metre from the ground. And without pneumatic tyres. Worse yet, this was before tattoos, so once off the bike there were no visual cues to remind people of what a  hero you’d been. Might have to go fight in the Boer War and earn some real medals hey chaps. 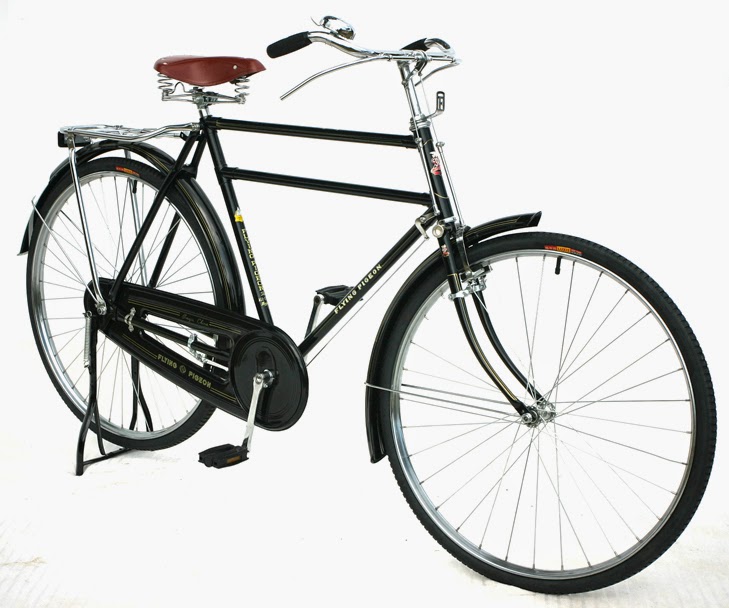 A few track bikes make it into the book. Eddy Merckx’ hour record bike, Franky Moser’s hour record bike, Graeme OBree’s hour record bike. If you set an hour record your bike made it into the book. What’s interesting about Graeme OBree’s bike though is how little changed the bike changed the world. Graeme designed and built the bike himself (along with his training schedule and training diet: marmalade sandwiches). Building your own bikes isn’t very sexy, not in the face of triple-layup unobtainium with dual-compound marketing drivel competing against it. I don’t recall anyone ever copying Graeme Obree’s methods except perhaps Graeme Obree, who tried to set a record in one of those wacky recumbent bikes. 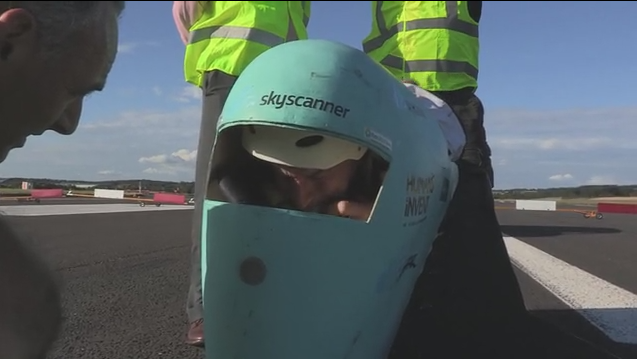 They funded a video about it on Kickstarter and if you’re the sort of person who likes to watch movies about former world champs failing to break records in something that doesn’t resemble a bike then you should look it up. Obree is a fascinating man so it’s probably more interesting that it sounds. Or not.

The Bianci Pista makes it into the book, as representative of the whole single-speed/fixie thing. 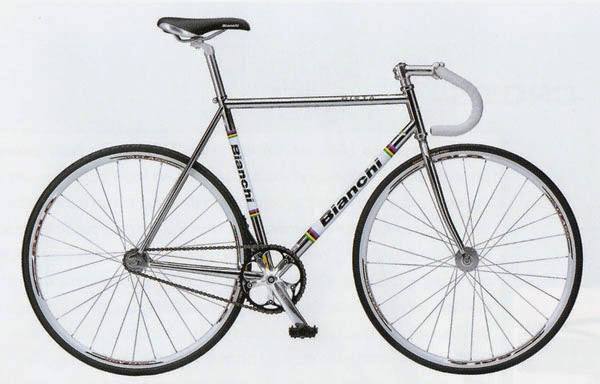 I’d argue that as a force for cycling, fixies have put more bums on seats than anything else I’ve seen in my time, and has sporned and gently mutated into renewed interest in urban cycling and now the growth of cyclocross. No doubt that impact pales when compared with that of the Yike Bike (also in the book), an idea so dubious only the nascent popularity of the Segway could compare to it. 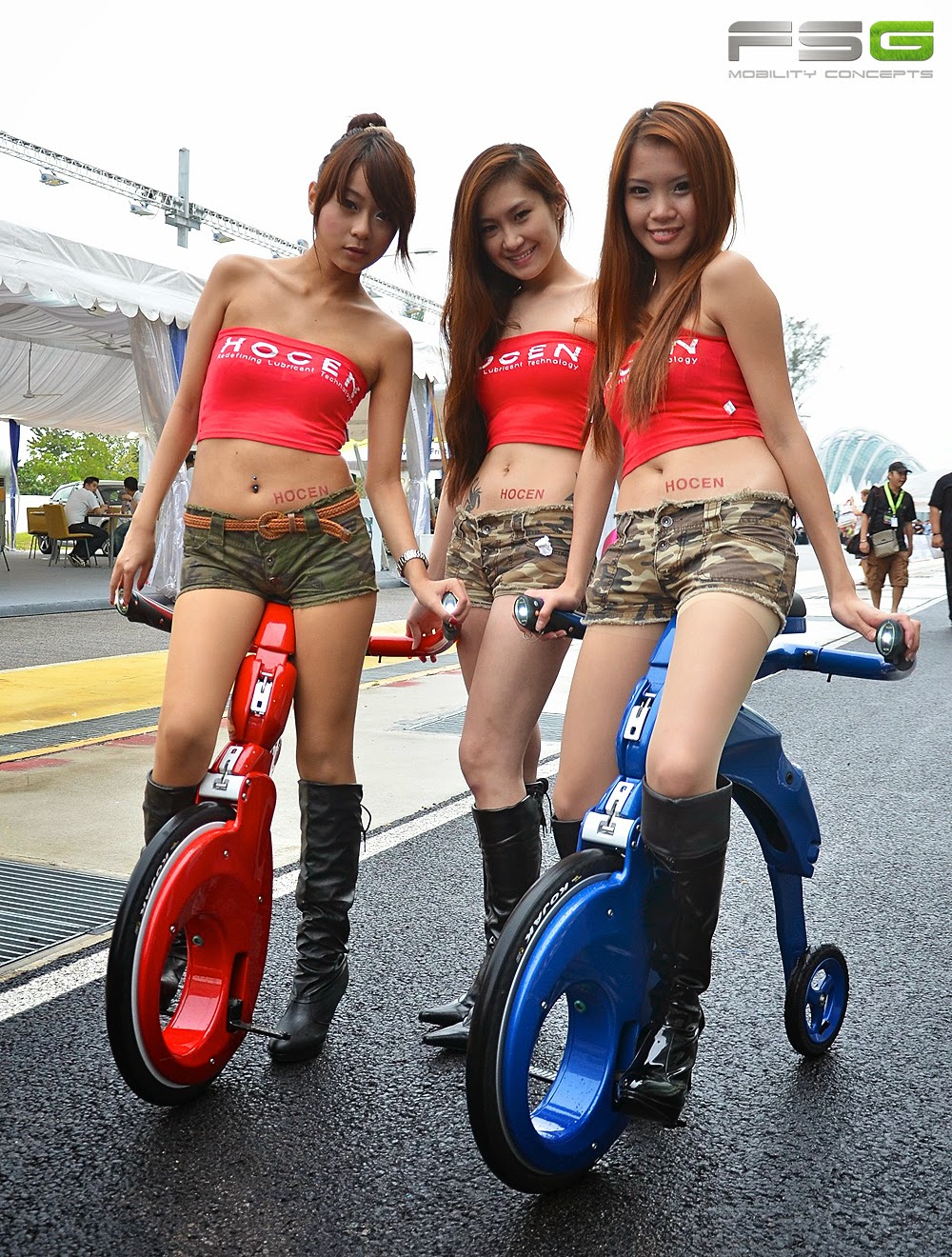 Just near the end, perhaps in a bid to prove that fifty bikes was about five bikes too many for a book, they throw in the EADS Airbike. This bike was definitely a victory for 3D printing geeks worldwide but apart from the fact that it was barely rideable and looks like it might snap in half, was a perfectly good example of what non-cyclists think a bike should be. 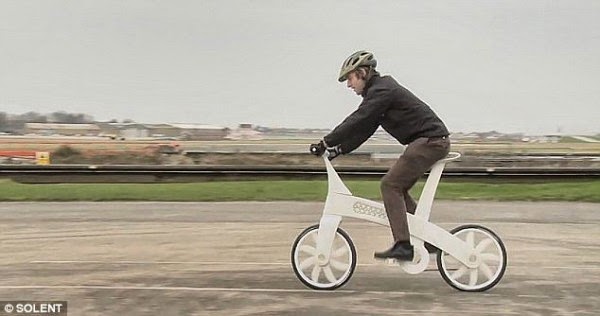 Speaking of non-cyclists. They’re more important to cycling than cyclists. According to some. There are, you see, heaps of them, and only a small handful of us cyclists. That’s why bikes like the Mando Footloose could be so important. Except for the fact it’s not a bicycle. 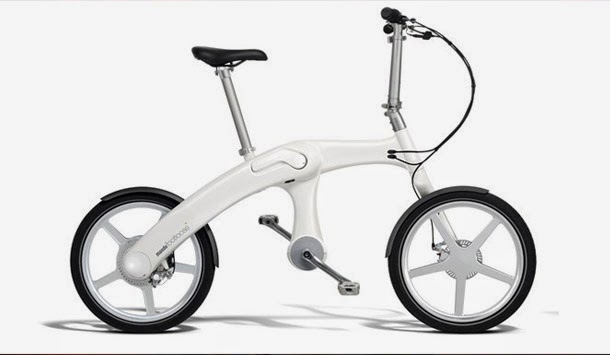 If you thought one gear was a gear too many then the Footloose is the bike for you. The Footloose has an electric motor which you charge by turning the pedals. The pedals don’t drive the bike, they just charge the battery that drives the bike. If you can think of nothing more dispiriting than cranking away at these vestigial appendages then you’re not alone. Like all things from the future, it’s made of plastic. And it won a Red Dot award, which proves that no-one on the awards panel ever lived with one of these things for a week of commuting.
Like most books with bikes in them, there’ll be something in 50 Bikes That Changed The World to interest cyclists. There’ll be a few old bikes you recognize, a few that will intrigue and others (eg above) to stimulate discussion (read: bore you partner with). Give it to someone as a birthday present if you can’t find anything useful or read it at the book store while waiting for a friend (if such things are still possible these days).