Meet Col. Col is 86 and rides a fixie. He’s not soft though. He doesn’t ride one of those things with chains and little wheels. A safety bike.  Col rides an ordinary bike. Or high wheeler. Or penny farthing. Call it what you will, it takes a fair bike of get up and go to ride something so high and so cumbersome. 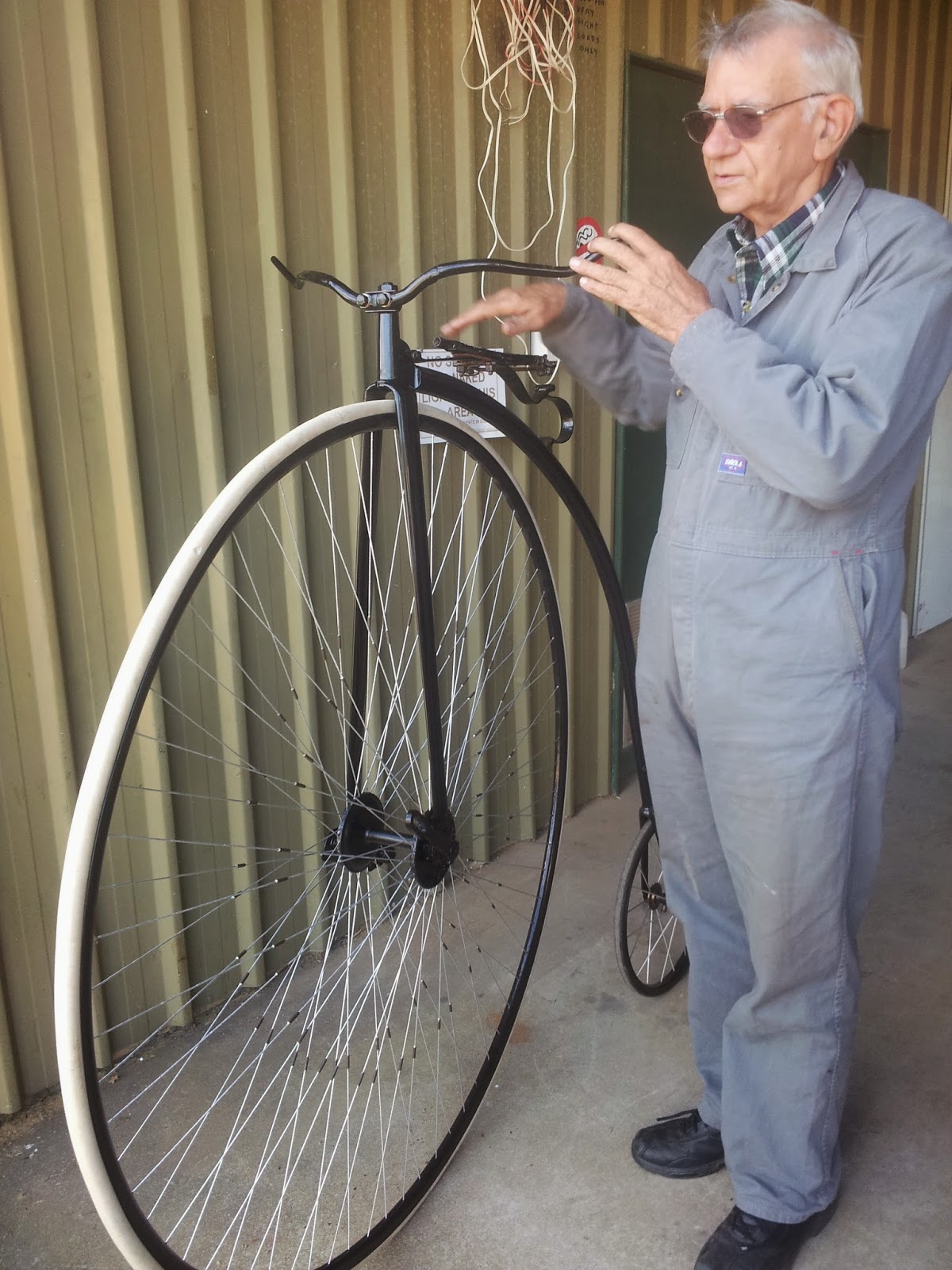 Back in the day, when cocky young lads like yourselves rode these contraptions, without brakes or pneumatic tyres or “no brakes” tattoos, they were the fastest thing on two wheels. And so notorious for hitting a rock and catapulting you over the bars that it had its own term of endearment. Taking a header.
Then someone figured out about chains and cogs and we no longer needed the leverage provided by that massive wheel. The new bike was called the “safety” because it was pretty darn tame compared with these big wheelers. Not that Col cares much for such stuff. He still rides this bike, bought by his grandfather in 1904.
The bike was made circa 1896. It’s needed a tonne of maintenance since then. Not only has he replaced a spoke (yes, just the one) but he’s also had to replace the back wheel. The one on the bike you see here is from a pram. And he has to replace the pedals before he rides it again. And ride it he will. Because he’s not soft like you and me, with our safety bikes.
Well done Col.