Jen’s Voigt can now ride further in one hour than any man in history. Well kinda. The UCI relaxed its rules on what equipment he could use so maybe Indurain or Mercx could have gone further with similar equipment. Indurain for instance seemed to have lost half his bike: 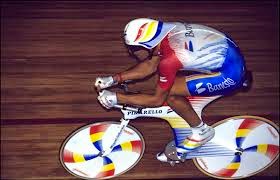 He also got caught in some kind of weird 80s fashion vortex. And that’s not good for anyone.

Not that I can laugh. I owned a pair of Look coloured panel nicks in my time. I can’t find an image but they’re like this one except, you know, shorts and not jerseys.

By contrast, here is Jens on his hour bike: 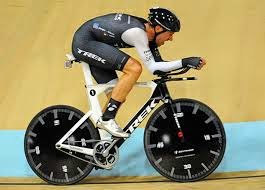 I’m not sure exactly what kind of “relaxing” the UCI did to allow Jens his apparent advantage. At least he’s riding something that looks more like a bike and less like a broken plastic boomerang. And in a tasteful black/white palette, almost as though he’s consciously mocking the multi-coloured excesses of Indurain’s attempt.

What’s not so tasteful is Jens choice in music. How this ever got past the UCI I’ll never know. For a body chastened by the bad publicity from years of willfully ignoring the culture of drug taking in professional cycling, this stands as perhaps their greatest oversight in cycling history. Hold your stomach and read the list:

Warmup:
REO Speedwagon “Keep on loving you”
Brian Adams “Summer of 69”
Journey “Wheel in the sky”
Air supply “Making Love out of Nothing at All“
Metallica “Turn the page”

Cooldown:
Metallica “Nothing else matters”
Cranberries “Zombie”
Kansas “Dust in the wind”
Air Supply “All out of love”
Lita Ford/ Ozzy Osbourne “Close my eyes forever”

I’m sorry but I couldn’t get passed the warm-up without getting off my bike and busting up some expensive music equipment. At least the actual riding is accompanied by some honest balls to the wall rock. Though finishing with the ultimate cliche of hair metal synth rock band Europe would have me crashing into the wall to get the noise out of my brain. Of course, Jens comes from eastern Europe (well…the former East Germany) where, if Eurovision is anything to go by, this stuff is still considered the height of fashion.

The UCI has done a lot for cycling. By so brazenly refusing to admit to a endemic culture of drug taking in the 80s and 90s they fostered some of the best and most interesting competitive cycling the world will ever see. By comparison, watching today’s “elite” wheezing their way off the front of the pack only to get reeled back in time and time again is like watching women’s football. (Sorry to those few readers I just offended–my female readership is maybe 1%…but I’d like more… You could come watch me play football if you wanted to enjoy some really slow sport. But even my wife isn’t stupid enough to put herself through that.)

Speaking of women, at least the UCI isn’t falling asleep at the wheel when it comes to dressing like you’ve got your vagina out on display. Now that’s it’s all over social media they’re cracking down on this: 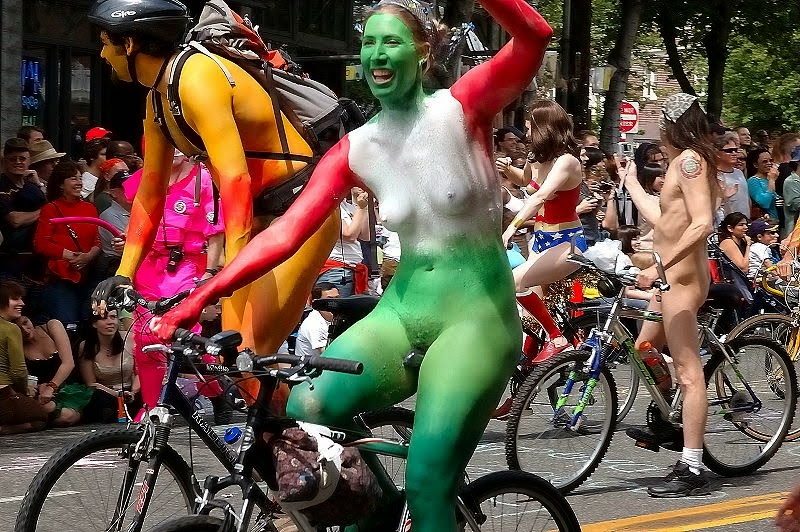 No wait, that’s not them. This is: 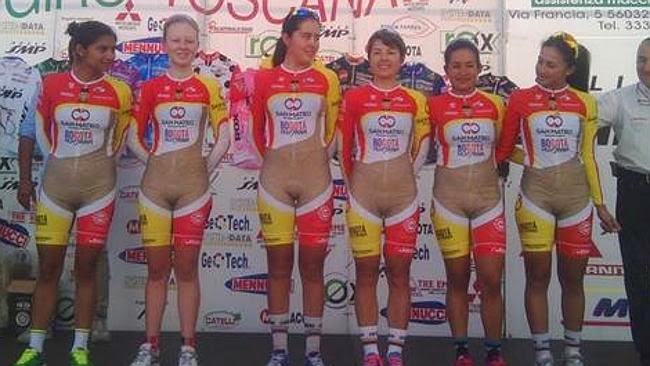 Of course, the reason this image of the Chilean women’s cycling team is so popular is because it makes it look worse than it is. Here’s another photo of them without the dark shadows around their VJs: 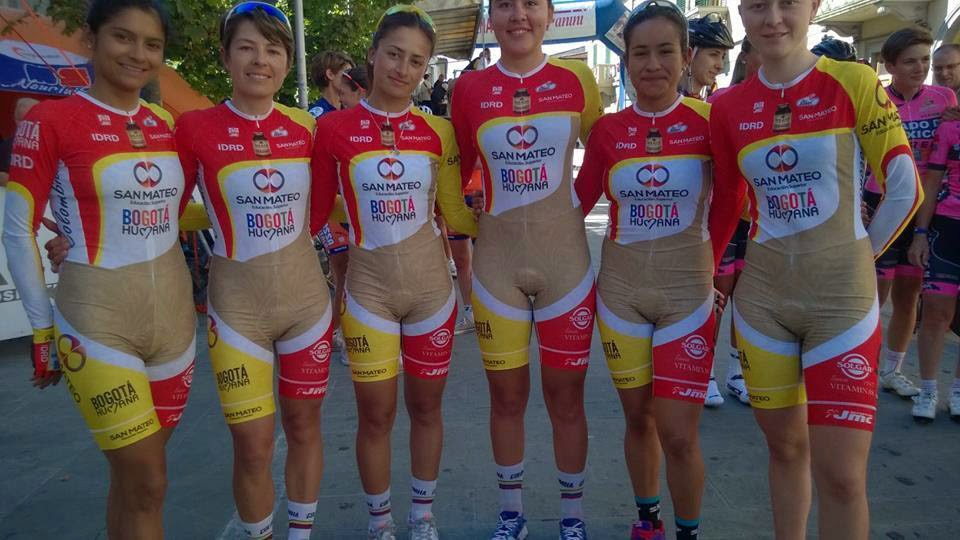 Yeah okay, I’m kinda defeating my own argument here. Now it just looks like they’re part of some strange nappy fetish group of something. Anyway, point is they didn’t say boo to this: 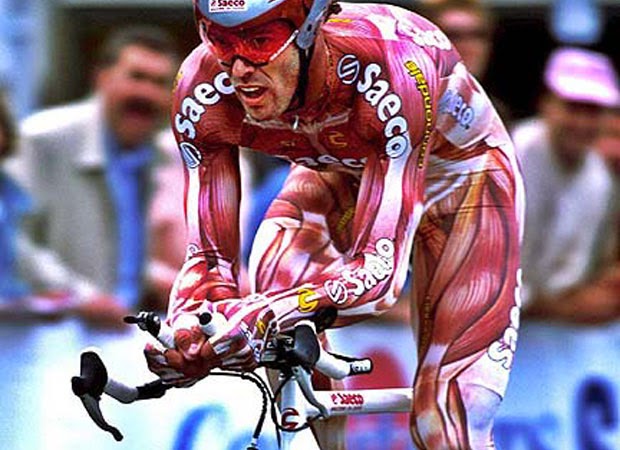 And it’s not like lycra doesn’t show enough regardless of colour: 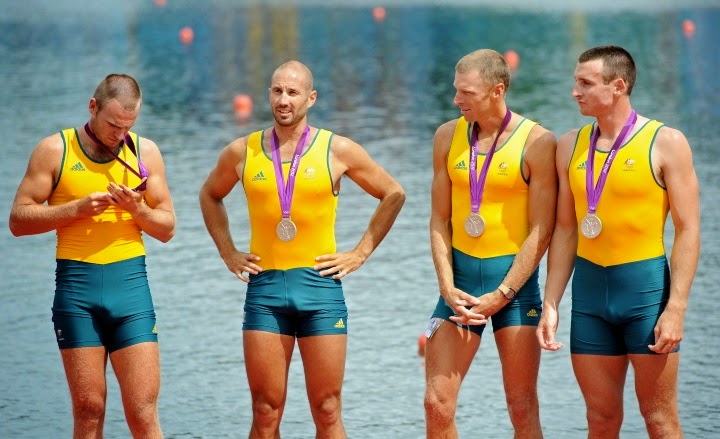 In case you think I’ve got an agenda here, let me say I really don’t give a shit. I worry about disappearing down some spiral over arguments about equality and women getting same prize money etc. Or why professional athletes earn millions and the guy in an ambulance gets by on a basic wage? The answer is, because no-one wants to watch the guy in the ambulance do his job. And millions want to watch the Tour de France. If you want equality turn off the TV set.

I don’t care enough about professional sport to allow the appropriate quantity of neurons the energy they need to cluster together in such a way as to allow me to form an opinion on most of this stuff. Unless we accept and celebrate the excess of professional sport it just wont be professional sport any more. And it’s not like it’s just the cyclists themselves. There’s nothing normal about this image: 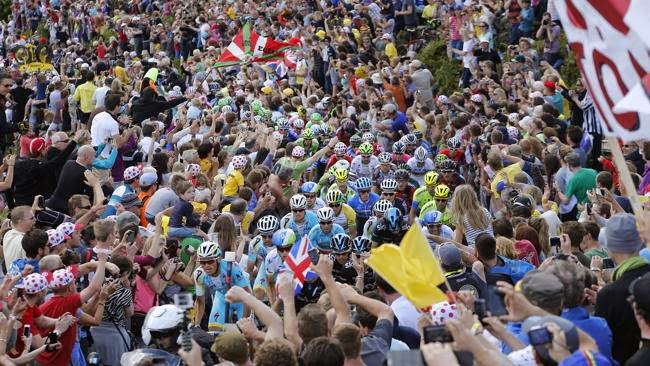 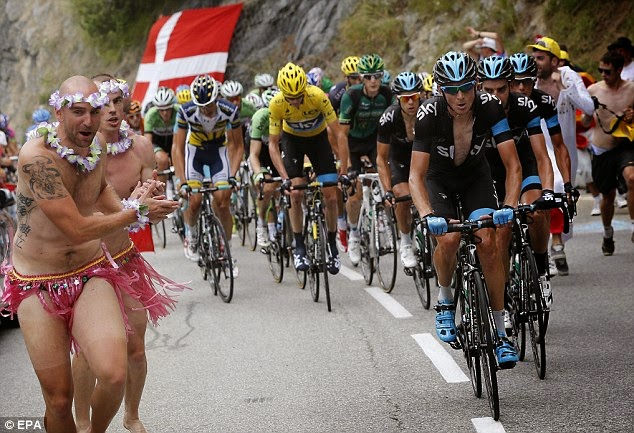 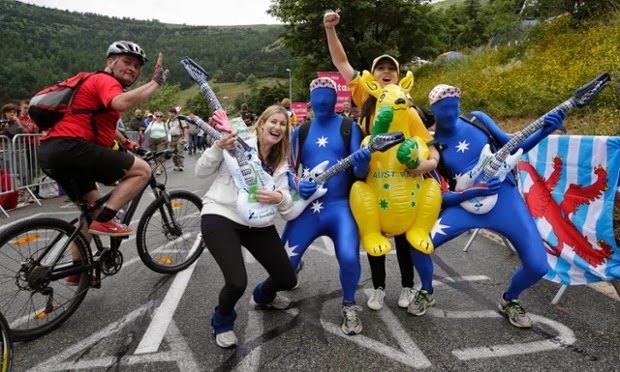 You get the idea.

Apparently Boardman had been prodded out of his slumber by Jens breaking his hour record. Here’s hoping he finds an even bigger set of tri-bars next time round. 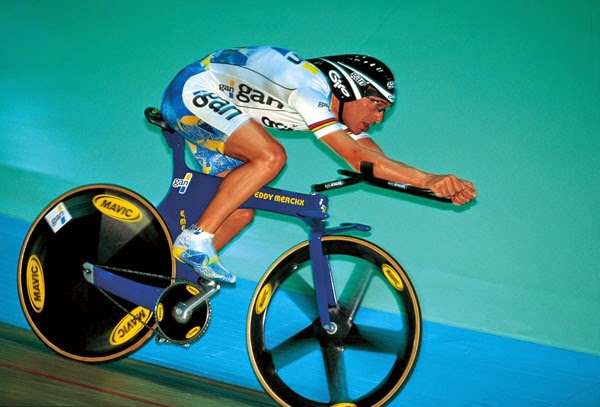