I hate picking winners. And I don’t see why I should have to, given that mostly the bikes are excellent, and they each have different characteristics that will appeal to different riders. Read the reviews people and make your own decisions.

You see, the bike I’d get is the one I don’t already have. With all due respect to some wonderful bikes I’ve ridden and tested, some I have no need for. I already own five bikes that fulfill a range of purposes. Two of them are fixies (well kinda, one was fixed last week and the other is single speed with carver surf racks, but they’re that kind of bike). So you see, for instance, the recently reviewed Django from Single Speed Cycles isn’t going to make the list because I already have a bike that fill that bike’s purpose in my garage.

It doesn’t matter what you have in the garage there’s always room for a better bike. In my case the need for gourmet steel was fill admirably by the Brown Jersey Divvy Van. Two years in, I still think to myself how much I love this bike each time I ride it. Like Dr Who it regenerates frequently. Gone are the wooden handlebars in favour of some slightly rusty vintage bars, a rear brake has re-appeared and we’ve gone single-speed again. Hey presto the bike has re-invented itself and my love affair has been re-ignited.

Anyway, I’m telling you that because the Brown Jersey doesn’t make the list. I already own the Brown Jersey you see. So what I’m looking for in a gourmet fixie is something different. Something like these two guys.

The YES is some high-end fixie fineness that won’t break the budget. It’s also different enough from the Brown Jersey to find a niche in my garage. For starters it’s got an aluminium frame and carbon forks. It’s light, rode fast, and looked ridiculously good with a pearl white frame. I figure they’re called YES Bikes because if anyone asks if you want one you say, “YES!” Love those YES branded platform pedals. Smart move. 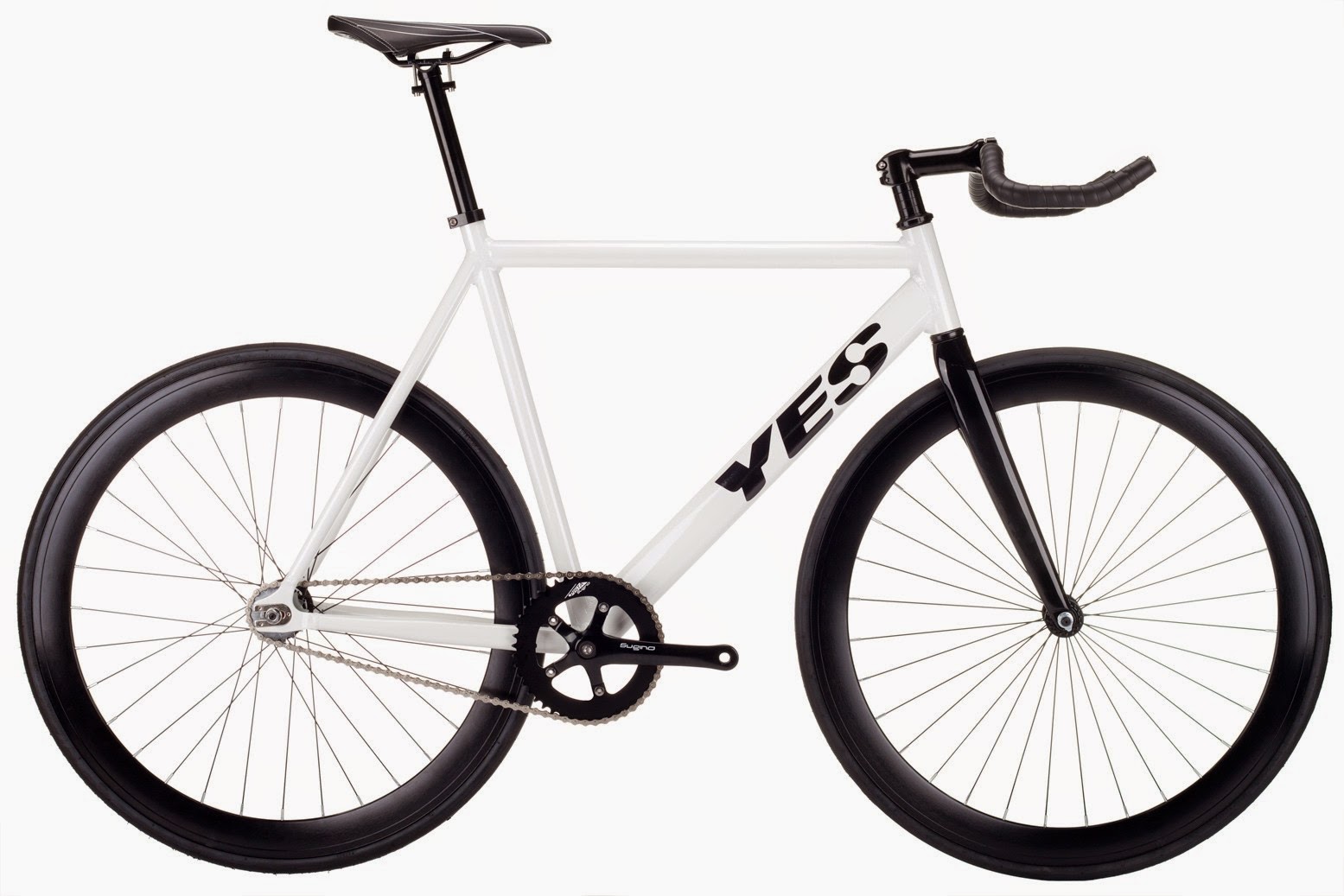 The Contender from the State Bicycle Co was a beautifully finished steel framed bike with carbon forks. The paintwork was deep and impressive, the parts selection spot on, and the ride was great. I did get a sense of some flex in the carbon forks when pushed hard and during the review I probably said I enjoyed the Core (with its steel forks) as much as I did the Contender. The Core doesn’t make this list though because it’s too much like bikes I already own. 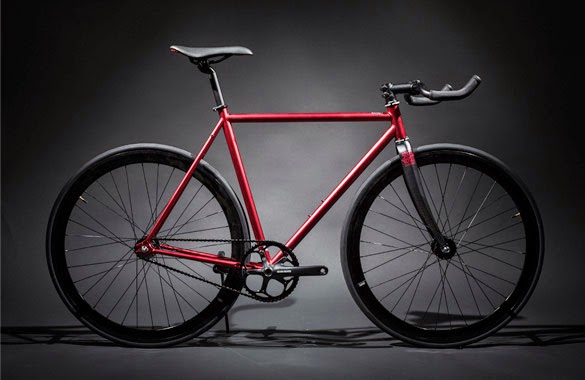 Given the choice I’d probably take the Contender. I’m a contrary bastard and even though I hype on about how good alu rides are as good as good steel, I still can’t resist a gourmet steel framed bike. Besides, the black on red livery is hard to resist for anyone who wants to Don the Sash.

To be honest I don’t know if Jube still does this but I’m sure they would on request. They had a thing going with custom fixies where you could get whatever your imagination could summon forth (with a little help and inspiration from Jube). Every bike is a genuine one-off, with custom paintwork, graphics and parts. I thought it would become a thing. But it never really took off like I thought it would. More’s the shame. 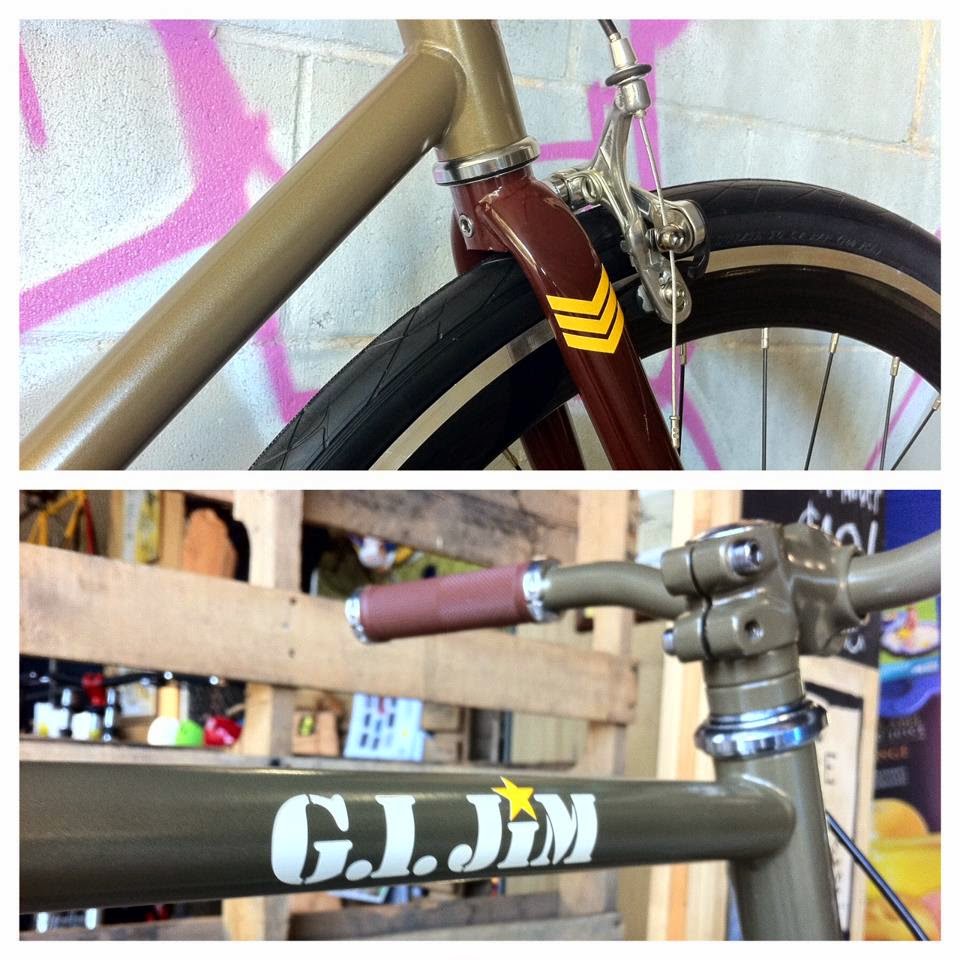 The opportunity to have a completely open palette on a bike is a bit daunting. I could see some choice paralysis coming on. But the end product, a bike that would be totally my bike. The bike that I chose that fully reflects my taste (assuming I have any). That rocks. I don’t know why these things aren’t more popular than tattoos.

One thing my garage lacks is a playful mutt. I have half assembled single-speed mountain bike but it’s a bit of a pig. I think half assembled is enough for now. I reviewed two playful bikes recently and they were the two bikes I was most sorry to let go of, the two bike I genuinely wanted to find excuses to keep. Just for another week please. Or maybe another? Anyway, I stretched it to two weeks with both and then I had to go back to riding like a normal person.

YES Bikes gets another mention here. Their first bike was a hard one for me to pin down. I expected it to be a straight up fixie but it had other things on its mind. If you read my review you’ll see that I struggled to understand the nature of this bike. Once I realized I was doing it all wrong I had a hoot on the YES. 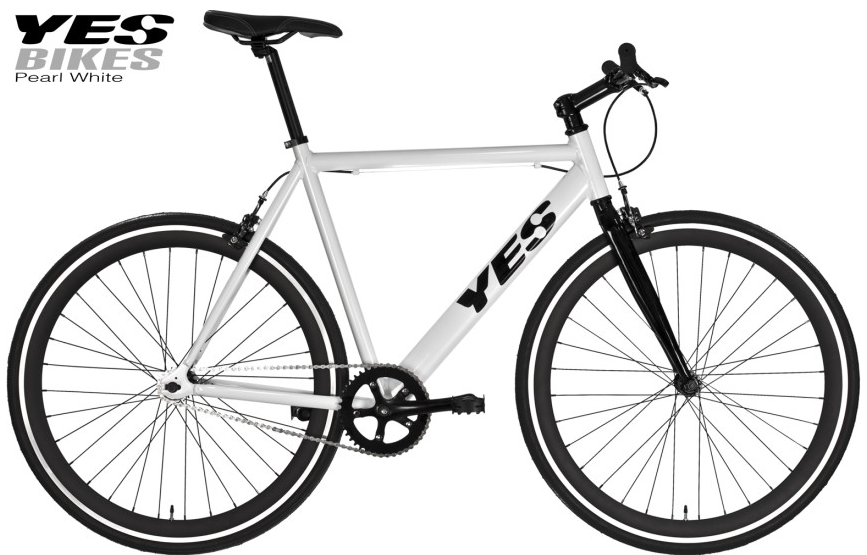 This thing was playful all over. Just looking at the multi-coloured stylings tells you its not taking itself too seriously. I rode this back-to-back with the YES and it was a great way to continue the street party we’d started on the YES. Get your butt off the back seat and push it into corners and it steers wonderfully. Sit and steer like a road bike and it’s all wrong. Made for fun. 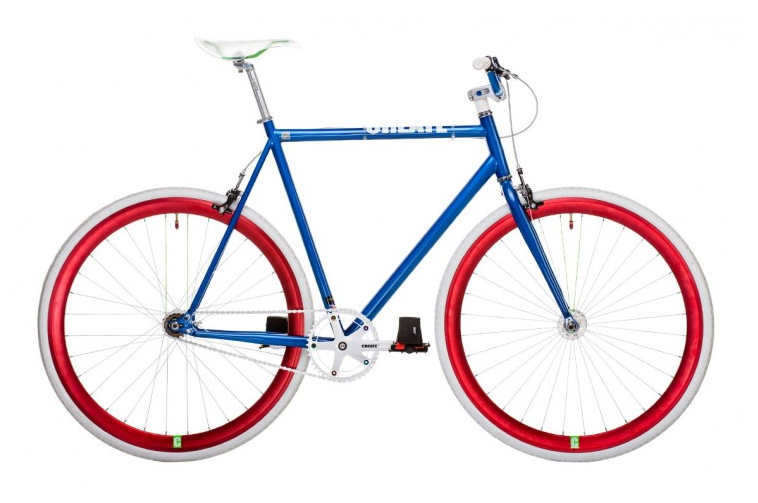 This one’s an easy choice because as far as I can tell YES don’t sell their first bike any more. So the Create gets the nod. Currently on sale for $350. I think I should shout myself one for Christmas.

With thanks to Craig Jeffrey who answered my Facebook question about what to call these bikes, I present you three bikes in the townie category. As bikes, they’re definitely filling a spot in my garage not reserved by any other bike. The big question for me is, as much as I loved riding them, do I want to fill this gap. I think, depending on the bike, the answer is yes. Let’s take a quick squizz at the bikes.

The Pappillionaire Racer is Pappillionaire’s stripped back bike. It was a paired down townie with lower bars and a five speed Sturmey-Archer hub (though I see they’ve gone for Shimano more recently). 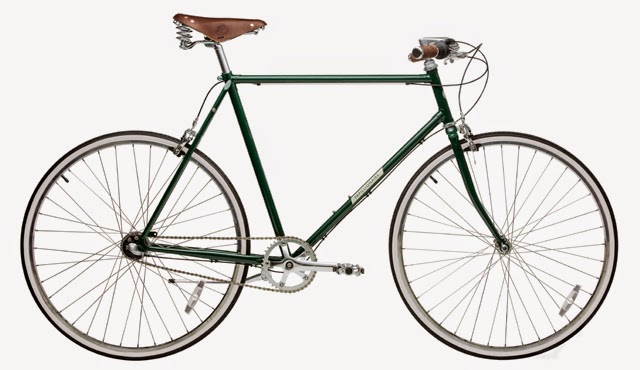 I sure was blessed there for a while, with three State Bicycle Co bikes from Can Rdly Treadlies in a space of a couple weeks. The highlight of the City was the frame-mounted bottle opener, the relaxed ride and the porteur-style rack. 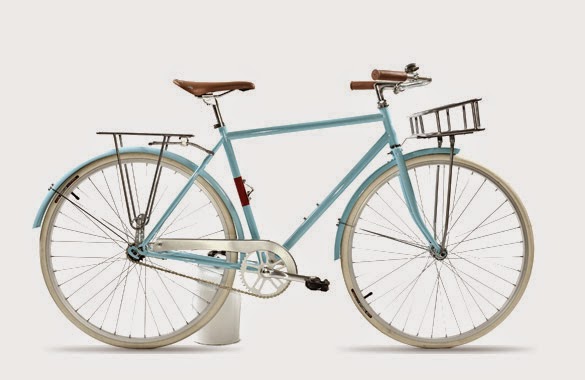 Virtue One from Reid Cycles

When I saw the Virtue appear on the Reid website I approached them for a review. I love fixies but really enjoy the opportunity to ride and review something different. They suggested the single-speed Virtue One. Like this is a single speed blog or something! The Virtue One defines elegant simplicity. 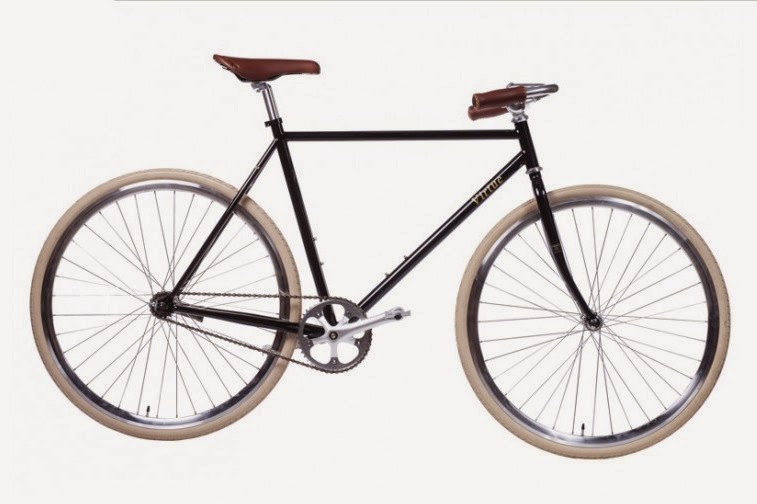 All of these bikes are aiming for a stylish combination of form and function. I already have plenty of form and function in my shed so the bike I’m choosing is the one that most represents the otherness. The thing I don’t have. The Papillionare’s ride was the most different from what I’m used to, most defined an intangible olde-worlde style. And it had hub gears. When I’m rolling down to a cafe with my wife on a townie it’s nice to find a gear that I can relax into her pace with her.

So there you go. I’ve ridden a bunch of lovely bikes and some didn’t make this list. It’s not a list of best bikes, or even my favourite bikes. It’s a list of bikes I’d get if I was in a bike getting mood. (Which, let’s face it, I am. We all are. So I’m really talking about the conundrum imposed by losing space in the shed versus making space in my wallet.) Looking back over the list all I can say is I want one of each.