Skip to content
I was going to entitle this piece, Dirt Harry brake levers: a love story. But it seems too early in the relationship and I don’t want to scare the levers off. We’ll call it an early infatuation.

Stopping is an often overlooked facet of riding fixies. Beats me how you’re meant to stop those flailing pedals when you’re bombing downhill and they’ve picked up to about a million rpm. It’s not so much that I haven’t mastered the technique as I can’t even conceptualize it. So I like to think that when I find myself in that situation I’ll pull on a lever stationed ever so conveniently on my bars and the bike will pull to a screaming halt.

The Radius brakes on the Brown Jersey are goodens but the Tektro road levers didn’t do them justice. They needed a fair bit of muscle to get the bike to stop with any urgency. So when the bike became mine I looked to upgrade the levers. I could have upgraded just the levers but I did both bars and levers (because I found some irresistible wooden bars). My last blog talked about the wooden bars I got from Etsy. They’ve got an unusual diameter for a bar so my choices for brakes were limited. I bought some Diatech Dirt Harry levers from Velogear.

There are two types of levers in this world. (By which I mean, in my world. Your world might have more. Lucky you.) There are the ones with long blades that run more or less parallel to the bars. And there are the ones that form a hook for either one or two find stopping. I’m used to having the former on road bikes and the later on mountain bikes. Mountain bikes have hydraulic disc brakes (or they do if I’m riding them) so they don’t need a fistful to pull them up. Road bike levers often take advantage of the extra leverage available with a longer lever blade. The Dirt Harry levers don’t have that, so if they’re going to perform in a way that’ll give me confidence then they better be well made. 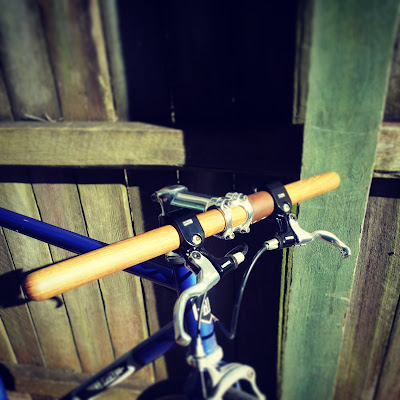 The Dirt Harry levers aren’t exactly CNC goodness. But they’re well constructed all the same. I did tinker with the notion of getting some Paul Component brake levers just for the sake of having some properly engineered loveliness on the bike. I reckon the Brown Jesery deserves it. Then I realised the Dirt Harry levers were just $18 each. Hard to resist.

They’re definitely made good enough, these levers. The bushings aren’t exactly tight but they work perfectly and you don’t feel any sloppiness in use. And the leverage on them is good. Really good. The bike will pull to a skidding halt with very little effort. The difference between the old Tektro levers and these is astonishing. They’re perfect for two finger braking, you won’t get three fingers in there, or you could stop with one finger if you’re a bit macho. 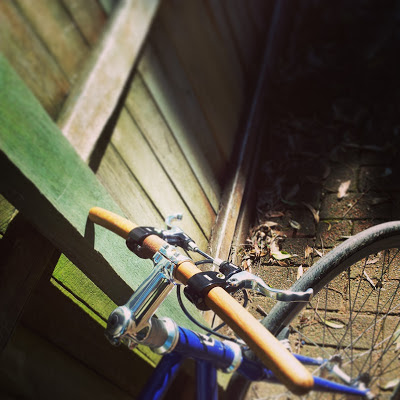 Dirty Harry levers also have reach adjustment, which is important because in their non-adjusted position you’d need ape hands to use them.

What I’ve noticed getting back on my regular ride (with Avid levers and some kinda brakes I acquired from somewhere) is how shitty they now feel. I think there might be a second set of Dirt Harry levers in my garage soon.

If you have unusual diameter bars or just want some stylish and functional stoppers for your bike, give the Dirt Harry levers a go. They’re everything you could want for the price and more.