Skip to content
In my recent article about the those cartard morons who now live off the public purse I proposed that cyclists should have their own morons in parliament too. In this world you really do have to be careful what you wish for because now the biketards have organised.

Their motto is “I cycle, I vote”. That’s a brilliant motto and one they no doubt thunked on for hours. It’s also surprisingly similar to my motto, “I strain, I poo.” The main difference is my motto suggests a correlation between the the two phrases. I’m not saying that cycling and voting are mutually exclusive, I’ve cycled to the polls before, it’s just that there’s no meaningful connection between the two. “I cycle, I sweat,” would have made some sense, “I cycle and I sometimes yell at morons in cars and threaten to beat them with my bare hands and later regret it,” would have had a small ring of truth to it for me. But “I cycle, I vote,” sounds like two random phrases joined by a comma. It’s also not very original, having been stolen from those morons who fish and then pretend they actually vote too. As if! What with? A crayon?

For all that the website is surprisingly well written. Well, not surprising really. It’s not like it’s written by an illiterate buffoon with an inferiority complex (as demonstrated by this random sample from the cartard party: “The decision to form our own political party was not taken lightly, and was initiated after the unity demonstrated by the Motoring Community following recent moves by the Governments of nearly every State in Australia to enact legislation that affects our lifestyle without consultation with our community” – What does that even mean? Initiated after the unity? And why should the government consult them on their “lifestyle”? It’s not a fucking lifestyle for starters, it’s transport. And if they hadn’t yet organized into some form of organization, whether party, group or circle jerk, then how would the government consult them? And the government pays for their “lifestyle” so why the hell should they consult these morons?  Do their parents still consult them about their pocket money? And since when did the Motoring Community become a proper noun? Or the Governments? Is this the Winnie The Pooh of websites? Did they go on a big Adventure in their new Commodore and meet some Heffalumps?)

I like cycling. You may have noticed. I even have a blog about it. But I have to admit though I have an antipathy toward cycle advocacy. Cartards pretty much run the world we live in. Pretty much everything we do is governed by them. You can’t even walk out your house without looking both ways before you cross the road. Our economy is dependent on cars. Stop cars for a week and you’d sink a hole in our GDP big enough to see from Mars (or at least one of the budgetry viewing platforms on one of Mars’ moons). So when you’re talking about cycle advocacy you’re really talking about trying to reason with these people and ask for a little share of their world.

And that kind of shits me because every time I ride those same pricks are trying to run me off the road. When they’re not actively or negligently trying to run into me they’re abusing me for infractions so tiny or imagined that I wonder why they even bother (eg last night a guy got out of a ute and screamed, “Where’s your fucking helmet!” I think he was drunk. Obviously drink driving is a minor infraction and helmets are serious enough to scream at strangers.). And these are the same people we have to appeal to? So what? So they can paint some bike lines on the road for them to drive in?

The growth of cycling and cycle infrastructure, the treatment and acceptance on the road, is, if anything, going backwards. I don’t remember being screamed at so much twenty years ago. Sure I was victimized but that was mainly because I was vulnerable, a loan person riding home through the back roads of Melbourne late at night. It’s not comfortable having oranges thrown at you or being squirted with a soda siphon but such things were isolated incidents. Now I only need to go out on the road to have some moron think their sense of entitlement extends to nudging me out of the way with his front bumper. Or pulling up and driving beside me to rant about all the things I did wrong. Or trying to run me over with an SUV because I was rude enough to ride across a pedestrian crossing whereas the rules, as he knows them, say I should walk. (My understanding of the rules are that there is never any infraction that can be enforced by running over someone, so it’s shows how little I know.)

Also, as I touched on in a previous post, the proportion of bikes on the road has decreased.

The only way I’m going to support a cyclist in the senate is if I’m the candidate. I want to be the guy with the travel entitlements and the fantastic parliamentary pension. I can waffle off some boring facts about the health benefits of cycling and how it’s so much quicker cleaner and faster than driving a car and blah blah and oh I think I put myself to sleep. I can talk that crap, as though transport infrastructure had anything to do with health outcomes or getting people from one place to another expediently. Car travel in any major city in Australia is already the single least efficient way for getting from A to B. It’s dirty and dangerous. The world is going to burst into flames from global warming it’s got so hot (or something, I forget the exact science). Well over one-thousand people die on the roads each year. If we had any inclination to do something about this stuff, don’t you think we’d have done it already? If having a cyclist in parliament was going to make a difference don’t you think we’d have got somewhere already? After all, our PM is this guy: 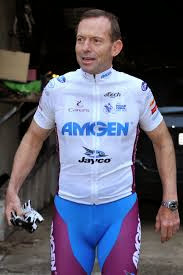 Either this guy cycles or lycra is the new parliamentary attire. Hopefully the former because I don’t want to see this  guy getting up to do a point of order in a skinsuit.

You know what will happen if we bang on too much about cycle safety? They’ll pop another helmet on our heads, make elbow pads mandatory and against all the wisdom in the world they’ll introduce registration for bicycles. They’ll patronize us with those ineffective green lines on the road (“This year we created 300km of new bike paths.”) and go back to pretending that we’re the cause of the problem.

What I think we need is a revolution. Man the ramparts and prepare to skirmish. Let’s barricade the roads and burn the cars. Lets turn the world upside down, because nothing short of that will ever amount to anything for cycle safety. It could get bloody, sure, but even if 1,000 people died in the first year of the revolution we’d still have a net saving of over 300 lives.

Sure there’s less of us than there are of them but they’re weak. They’ve grown accustomed to being transported about  effortlessly in an arm chair while slurping down a litre of milk fats and mixed artificial flavourings. If the local car park is anything to go by, which has a cart pick-up service, they’re no longer capable of even walking from their car to the shops. If we take away their cars they’re flounder about helplessly like a discarded carp. Let’s organize and strike them one night while they sit in front of their televisions running over cyclists on their Xbox or watching Knight Rider re-runs. If we can cripple their car infrastructure in a lightening raid they’ll be incapable of responding to our attacks the next day. I’m nominating this guy as the coup leader. He’s not great with bicycles but he’s awesome at coups: 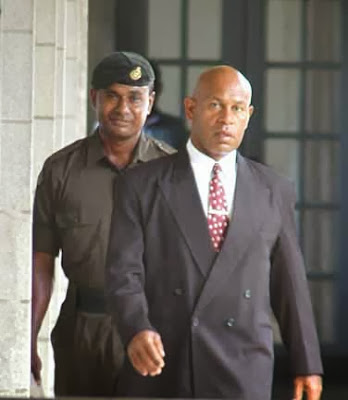