Skip to content
Here’s an interesting thought. The energy cost of making energy is getting higher. It had never occurred to me that there’s an energy cost in making energy but apparently back when oil first bubbled out of Jedd Clampett’s backyard it only required about 1 energy unit (of oil) to get about 70 units in return. Now, depending on the energy source, you’re lucky if you get a quarter of that return.

Take the oil sands of Canada as an example. It takes a shit-tonne of energy to extract oil from sand. For starters the oil isn’t really oil. It’s bitumen. And it’s in sand (I guess). They pump steam into the sand to make the bitumen feel whoozy and treacly and then this stuff is extracted out of the sand (somehow).

In contrast bike’s have become more efficient. Commute to work on a tri-bike for instance: 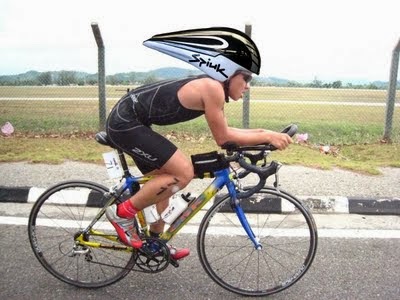 Of course we all know that recumbents are super-duper efficient and the only reason the UCI doesn’t allow them is because it’d be embarrassing to watch. Bunch of guys with beards and engineering degrees climbing Mont Ventoux. 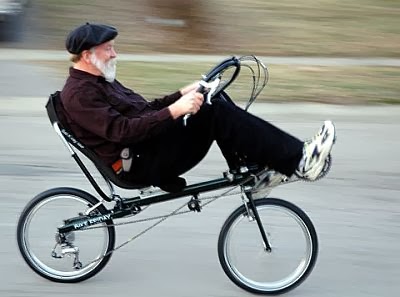 Remember when we were going to save the world with ethanol? When oil costs got high enough, we were told, ethanol production would be economically feasible (read: someone could turn a buck at it) and hey presto the ethanol solution would jump into action. Some nay sayers pointed out how we’d have to till half the earth and sacrifice the food from starving people to feed our cars. Pfffft! As if we cared! The real problem was the energy costs of making ethanol were too high. You only get about 1.5 units of ethanol energy for every 1 unit of oil energy you pour into it. That’s not a favourable conversion so now the only thing ethanol and transport have in common is this thing: 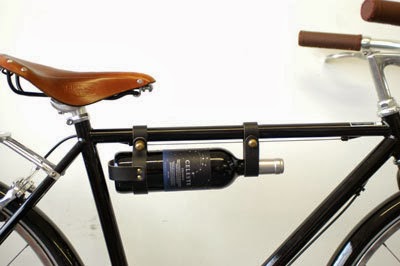 Oil is pretty cool. It’s massively energy dense, portable and for years is just about bubbled out of the ground. We’ve had all sorts of fun with it. Doing burn-outs, drag-racing, great big trucks for personal mobility, running cyclists off the road like we owned the place. Awesome stuff. And there’s still loads of it left too. That’s what we’re told. Enough to let us drive our big-arse cars for…well…no-one’s really sure. No-one really knows how much is there or how long it’s going to last. It’s kinda hard to tell because some countries keep their figures a secret. And some probably don’t really know. And some probably lie to themselves so as not to lie awake at night contemplating the impending demise of their economies. Also when the stuff starts running out the price goes up and then we get can afford to extract the really marginal stuff, like bitumen from sand and deep sea oil. And arctic oil. Which makes it look like we had more oil than we though we did. And of course the technology improvements have helped too.

Or will it? The real bummer is air travel. It’s real hard to replicate the energy density of oil. And our planes wont get off the ground carting around a bootful of big-arse batteries like a transcontinental Prius. Gonna have to get ourselves one of these: 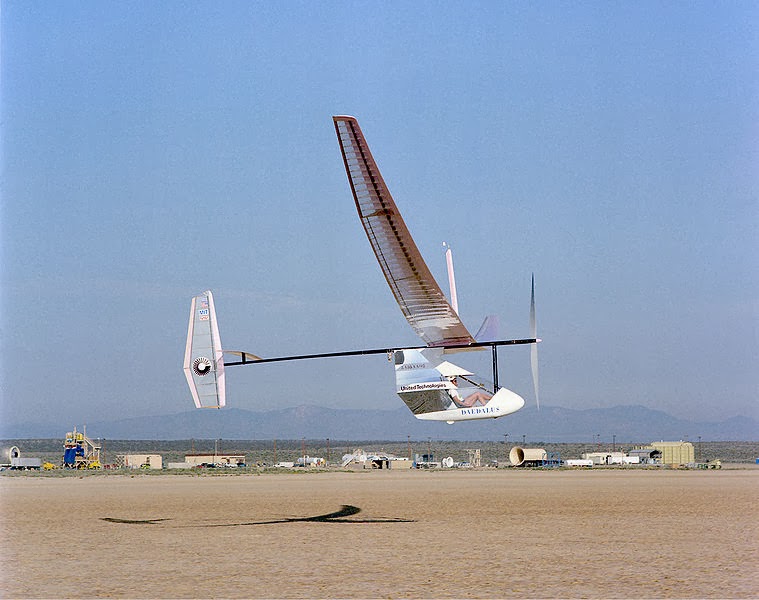 I like a bit of air travel myself. But it’s one of those instances when I prefer not to peddle. I want to get there real quick so I can start taking advantage of the incredibly cheap local exchange rates. And the almost complete lack of alcohol excises.

When you contemplate how much energy it takes to shoot an aeroplane through the sky you kinda wonder about those people who make a virtue out of travel. The smug ones who let you know in subtle ways that they’ve “grown” through their travel. And you haven’t. They’re more centred, aware and environmentally and culturally sensitive than the mindless workers and toilers who surround them.

They shit me for starters. Travel’s just another choice in life. Like dedicating your life to beer and football. I’ve seen Samsara. I’ve read Paul Theroux. Why the hell I need to travel too?

You get some travellers who can’t shut-up about their trip to the Mayan ruins. Or base camp in Nepal. And then they go off and do something like a sillent meditation retreat in Thailand. Why the hell can’t they just stay home and shut the fuck up?

There’s an article doing the rounds at the moment by some chick basking in the glories of her travels. She tells us  Don’t Date A Girl Who Travels. This self-congratulatory piece of whimsical nonsense appeals to those who have used a portion of their existence on this planet flitting briefly through other peoples’ cultures and who think they’re all the better for having done it. Here’s a short extract to give you an idea of the kind of self-congratulatory drivel it contains:

Don’t date a girl who travels. She is hard to please. The usual dinner-movie date at the mall will suck the life out of her. Her soul craves for new experiences and adventures. She will be unimpressed with your new car and your expensive watch. She would rather climb a rock or jump out of an airplane than hear you brag about it.

Yeah, new experiences. Like re-posting stuff on social media over a glass of red wine on a Saturday night.

Seems to me, if you can’t find adventure in your daily life then you’re not doing it right. Or you don’t own a bike. If you’re driving between your work, your pilates class, your home, your TV, and you find that boring, then you have no-one to blame but yourself. But let’s not criticize these pompous twits though. Because we’re the bores. We have mundane jobs and they’re freelancers and creative types.

Chances are, she can’t hold a steady job. Or she’s probably daydreaming about quitting. She doesn’t want to keep working her ass off for someone else’s dream. She has her own and is working towards it. She is a freelancer. She makes money from designing, writing, photography or something that requires creativity and imagination. Don’t waste her time complaining about your boring job.

Wow. Don’t ya just want to date a girl who travels now? Listen to her tell about her exciting job freelancing for a creative agency while she saves for her next adventure. Promise not to bore her with details of your mundane existence. Bow humbly to the superior life experiences of this free spirit and listen carefully to the stories of the long bus ride in South America where the locals (here’s the amazing bit) had chickens in cages as carry-on luggage. Hilarious. And life defining.

You know the difference between a traveller and a tourist? None. Sweet FA. My philosophy is, be the tourist they want you to be. Take photos of stupid stuff. Let the locals gawk at you. Order the wrong food and make faces while you eat it. Be generous with tips. Drink heavily in bars, wake up in a cell and berate the police for their lack of understanding of basic human rights and social justice.

Then fly home in a big jet plane. To your mundane job. Because without geologists, engineers, accountants and computer programmers we wouldn’t have fuel for the planes, runways, ticketing systems and cheap fares to south-east Asia. All the creative types contribute is the airline posters. (Or useless blogs.) And when you come home to your mundane job find a little adventure every day with one of these: 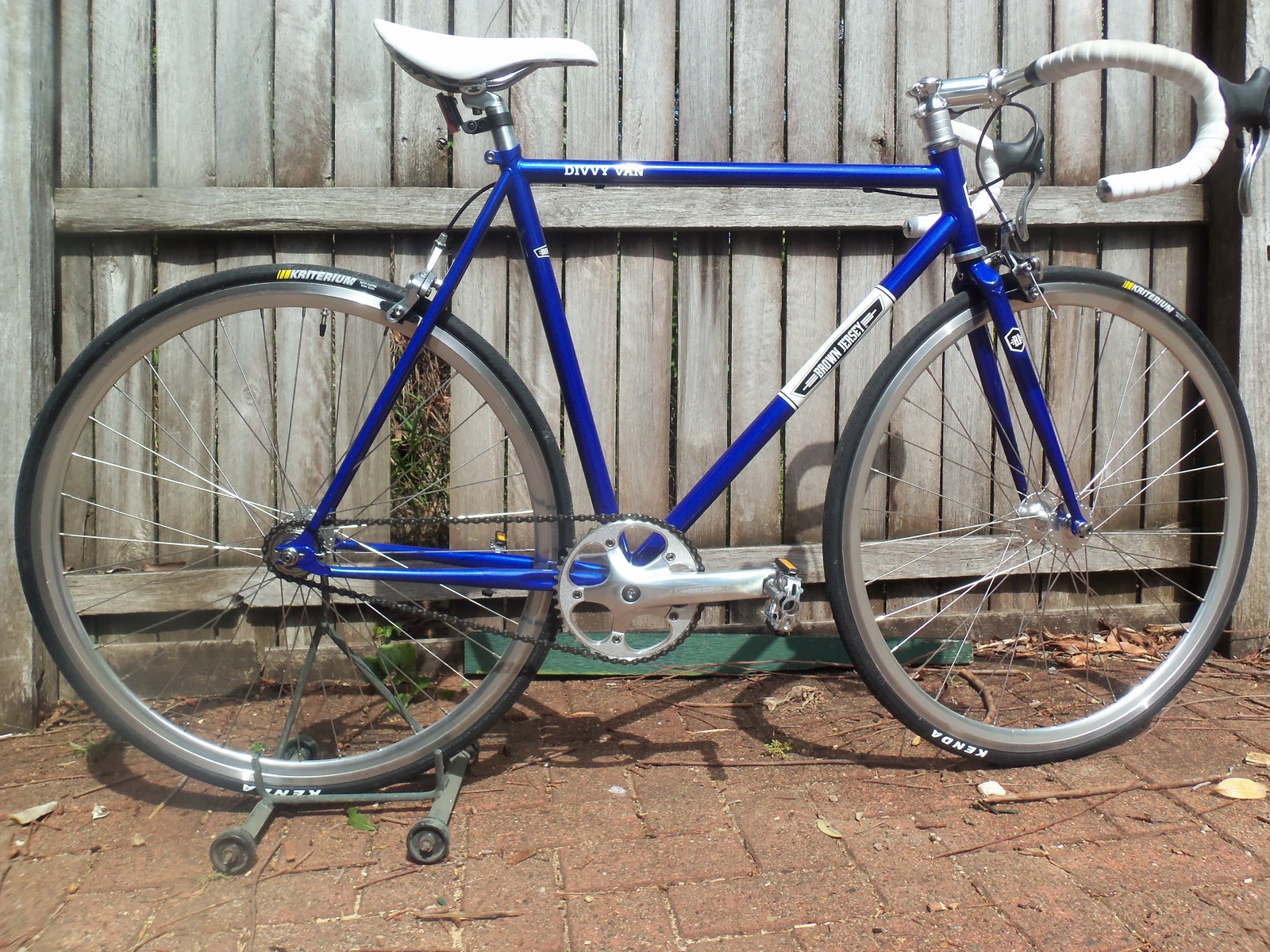