I know it seems like these blogs of mine are just a loosely connected series of rants but they’re actually so much more. They’re a loosely connected series of rants that google their arse off. Despite all my intents and purposes to remain ignorant and frivolous I have actually learned a thing or two about search engine optimization. Which is why the City of Gold Coast library service has lobbied so hard to secure my services for an upcoming seminar. After long ranging negotiations we’ve agreed that if I can arrange my own transport they’re willing to let me give the seminar for free. Flattered by the offer, I gratefully agreed.

The seminar will be held at the Broadbeach library on the 14th of November from 5:30pm to 6:30pm. (You can relax, I won’t talk for a whole hour. I’ll talk at you for about 30 minutes then we’ll open it up to questions and finally retire to tea and biscuits before you start asking revealing questions that I can’t answer.)
If you live on the Gold Coast and are curious about the ancient arts of search engine optimization (ancient, as in several years old now…the modern sense of ancient) then contact the library service on 5581 1555. If you don’t live on the Gold Coast I’d say that given the cost of the seminar (free) you should attend anyway. What’s it cost for a ticket from Dubbo to the Gold Coast these days? If you’re one of my international readers please note that I mumbled a lot and there will be no translators available.

Our mayor, he’s either this guy: 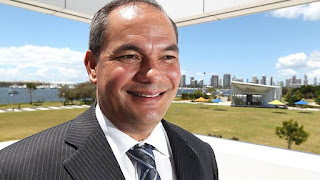 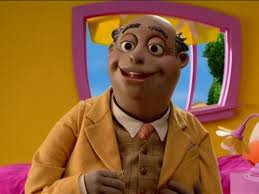 I can never remember which. He’s keen to get a cruise ship terminal installed into our broadwater but is a few million dollars shy of getting the project up. Pretty much every possible business backer has laughed in his face. Why? Well here’s an artists impressions of the cruise ship terminal:

Apparently, until those boats learn to reverse the project’s dead in the water. Doesn’t stop people (read: morons) getting all excited about it. The mayor’s old mate Newman (who runs the state of Queensland in a state of disarray) is a public supporter of a cruise ship terminal, so long as someone else is paying for it. Australian politicians like to pretend we’re always flat broke. I can’t say I mind because the alternative is living like Greece, who were flat broke but spent money like a sailor on shore leave (until the money ran out). It also happens that maintaining this siege mentality is the only thing that stops the pollies from buying us a cruise ship terminal. With Newman already sacking 15,000 people to prevent us from plunging over the fiscal cliff it’ll be a while before he has the gall to buy a terminal for big boats. As in, the second term of his government.

Anyway, our mate, the mayor, the guy in the yellow suit (of was it the grey one?), announced measures to save the city money. Quoted in our local paper he publicly attacked the seminars and promotions run by the City of Gold Coast library as wasted money. Apparently if they just stop paying people like me so much money for giving seminars on useful stuff like how to promote your business and grow the economy then we’d have two of those great fucking boats parked on our back porch by now. To be fair, he used the cup cake seminar as his example of wasteful seminars. But as the guy giving the SEO seminar I’m already pretty damned certain you’re likely to get more out of the cup cake seminar. Or you could do both and start a website selling cup cakes and make Gold Coast’s a cup cake lead economy. Sure beats having tourist clogging our lovely beaches.

Just register for the seminar already. You can think of it as either an opportunity to learn about SEO (what’s that stand for again?) or a extremely passive protest against development of The Spit. Or just come for the tea and biscuits.

Speaking of Google. Have you seen what happens when you google fixies?

Apparently people hate us. I don’t know about you, but that’s all the motivation I need to go ride my fixie today.