Skip to content
Is there really anything new in bicycles? The basic triangle frame has been around since Adam was a boy (and by Adam I mean Adam Hansen, who rides for Lotto-Belisol, but it’s been even longer than that because  I remember Phil Anderson riding one about a hundred years ago) and is now somewhat set in stone since Juan Antonio Samaranch read the UCI the riot act in the 90s about our disturbingly corrupt sport . His key points being:
And so with one fell swoop we lost two of the most impressive innovations to shape our sport (and sportsmen) in decades, Superbikes and Supermen. It would take a while before the UCI mustered any real courage to do anything meaningful about drugs but over night the great Superbike developed by RMIT was out on its arse. 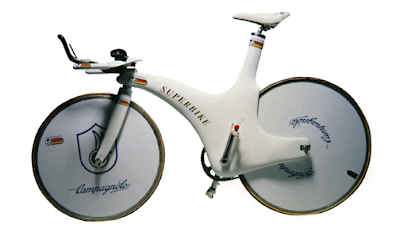 Given a choice of actions, the UCI has always chosen to stymie design. It’s why we don’t see recumbents or 26 inch wheels in the Tour. That and the fact that recumbents are for bicycles nerds, not proper athletes like you and me. (Recumbent riders will tell you it’s because they won everything and had to be banned, much like the development of V8 Supercar racing was in response to locally produced muscle cars getting flogged at Bathurst by Ford Sierra’s, a BMW and even a Volvo. Australian manufacturers deciding that if they couldn’t build a better car then the least they could do was rig a competition where it wasn’t so obvious.)

Meanwhile, swimming had its own problem with drugs and athletes…

A Gold Coast company did try and revive the Superbike for consumption by those who weren’t governed by UCI regulations, the weekend warrior racers. They worked on development with the sure knowledge that bicyclist were so vain that anything with large slab sides waiting to be decorated would be an instant hit. Apart from the fact that no-one could race it legally and it weighed a tonne and was expensive to produce…well apart from these few small problems they were on a winner. Perhaps they were just ahead of their time and the fixie phenomenon would have provided the market they wanted. We’re not particularly worried about weight or UCI regs but we sure love to show off.

Anyway, despite bicycles stagnating in a shallow gene pool thanks to narrowly defined concepts of what a bicycle should look like I still take an avid interest in bicycle design and love the Bicycle Design blog. This week it featured a bike named the FA Bike that is “aimed at creating an entirely new category in urban bicycling”. Wow. A whole new category. The best of fixed bikes, road bikes and commuters all rolled into one. Hmmm…sounds like what I own already.

Except I can’t convert my bike to a geared bike. That’s what makes the FA bike so practical. They have these innovative new swappable sliding drop-outs that allow you to convert seamlessly from fixie to road bike. All you need is a new wheel, a derailleur, levers and cables and a spare four or five hours and you roll out the door with a gears on your fixie. How convenient.

Just how many people would  be prepared to pay for this convenience is a mystery to me. I reckon it would appeal to anyone who wants to go single-speed but isn’t brave enough to properly commit themselves. I might scoff at the idea altogether except for the fact I would have loved these for my wife’s bike when we went from derailleur to a three-speed internal hub.

One side of me thinks it might be nice to enable geared riders to ditch their gears and convert readily to a single-speed when they discover that real cyclists don’t need gears and anyway they’re sick of maintaining them.

My other side worries that people might buy these bikes as a cop out, getting a single-speeder but with the reassuring knowledge they can add gears when they don’t measure up. (Or when fashion dictates.)

Of course, sliding drop-outs aren’t exactly new. The Voodoo Wazoo on special at Velogear has them and it’s been around for yonks. 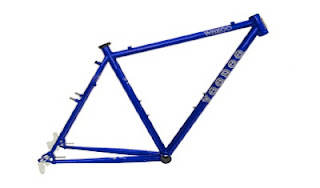 But what about swappable sliding drop-outs? Surely that’s new? Or were On-One and DMR there first, years ago, with their “swap-outs”? 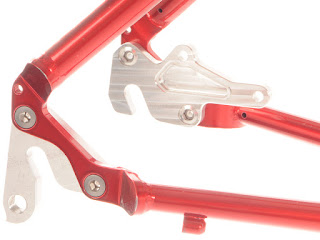 With so little room in bicycle design for true innovation we can perhaps forgive FA Bikes for providing very little that is new but re-packaged and labelled as being a whole new category of cycling. If you like reading single-speed blogs more than you like riding them but you think you’d like to dip a toe into single-speed bikes without committing, then maybe the FA Bike is for you. Sadly, it’s not on sale yet, it’s just a concept. On the the other hand you can help fund the project at Kickstarter. Imagine being responsible for helping develop a whole new category in urban cycling. Awesome huh?