Skip to content
I’ve lived a life without Virtue. I’m loyal to my friends and family. I love and respect my wife (when she’s not being too demanding) but I was without Virtue One. Until now that is. Now I have this Virtue: 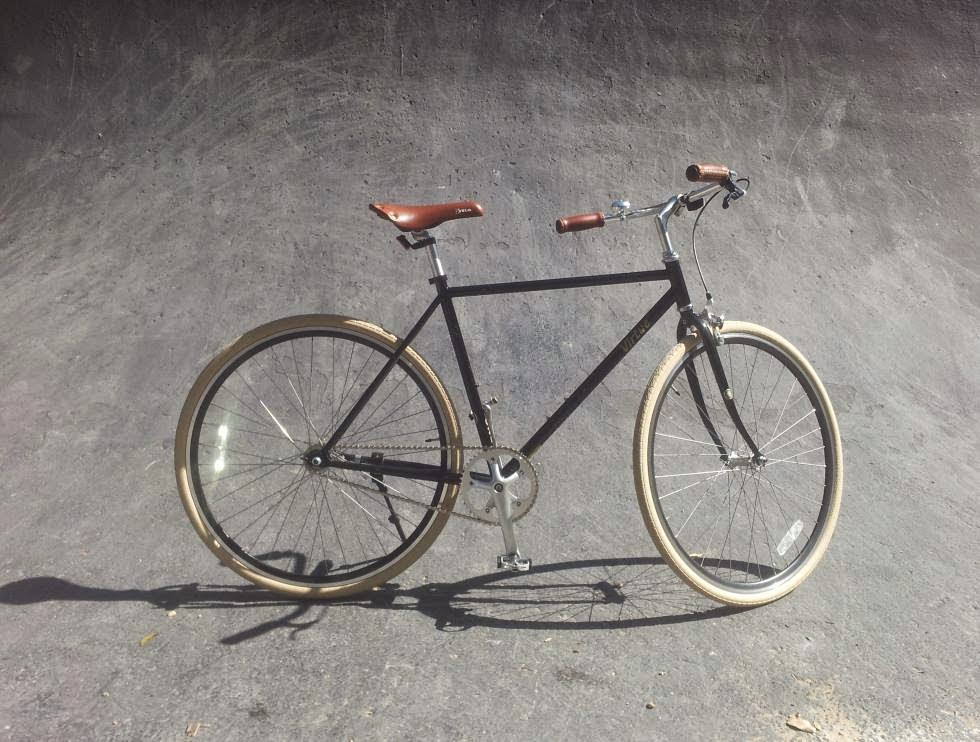 It’s new from Reid Cycles. This take on modern vintage is part of a series of bikes from Virtue that Reid Cycles now sell.

I like the word “vintage” in this setting. It’s as truthful as it is misleading. We know that when we see the word vintage on the Reid website that nothing is actually old. No-one’s been restoration old bikes. For that go check The Humble Vintage. Or Bicycle Revolution. Or the old guy down the road who hand-sands frames for 100 hours before re-spraying them and selling them for $50 each. The Reid’s are modern-vintage, a hearkening back to an age when bikes were bikes and they had style and substance. The lugged steel frame has been replaced with tig-welded steel (well I assume that’s how these tubes connect, what the hell do I know about welding?) but other than that you get a product that looks and works just like the bikes of yesteryear. Whenever that was.

The good thing about this kind of vintage is everything works. I’ve tinkered with enough old crap in my shed to realize that restoring a vintage bike is at times difficult and unrewarding. Untold hours of labour can still result in an unsatisfactory product if your cranks are wonky or those flimsy 70s brake levers can’t pull hard enough to stop the bike in under a 100 metres. So you substitute parts and end up with a frankenbike. Like my own Peugeot mixte restoration. And for what? When you can get a beautiful modern take on a vintage bike for about $500. 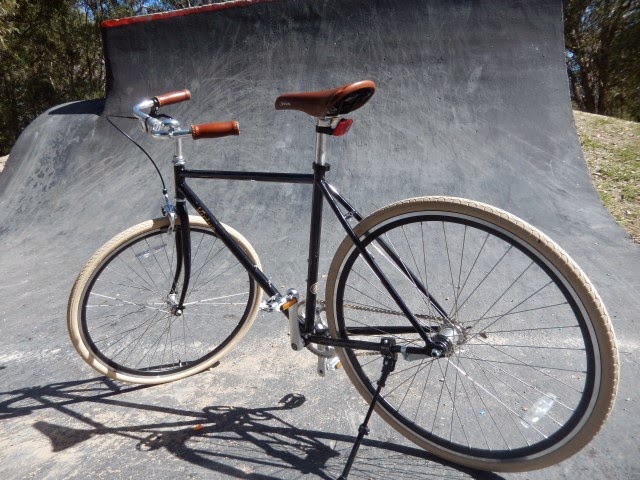 This take on modern vintage is a great way to cruise the city bike paths or arrive to work in style. It made me want to get out my Otto and Spike scarf and find myself a leather satchel. I can’t commute to work because I work from home. I have special cages for my team of flying monkeys so I no longer need to chain them to their desk. But I imagine that if I did commute to work this is how I’d like to  see myself: me with scarf trailing in the breeze, some of those old-fashioned cycle clips on my pants, the tweed jacket with the patches… Maybe not the patches. But you get the idea.

My mind’s eye constructs an image of how I look on this bike and it looks something like this: 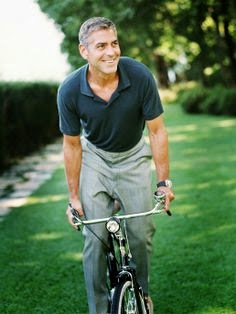 Though for all I know it I look more like this: 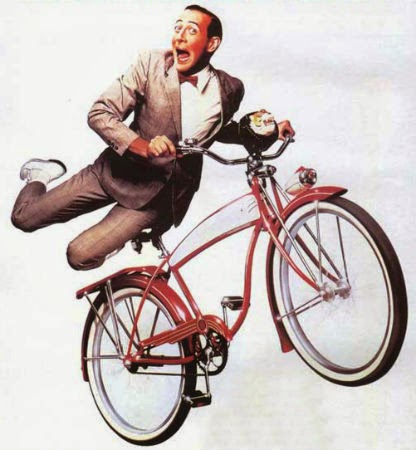 But who cares. I feel like the former and no-one’s telling me otherwise when I ride the Virtue One.

Now. Apart from how you look on the bike, you’re probably wondering how it rides. (Should we care? If it looks good?) The Virtue One sits tall on the road when you’ve just come off a fixie. You sit more upright and so you can see across traffic (if you ever venture that far). For those whose shonky genetics require them to wear glasses when they ride (read: me) it’s nice to be able to ride without changing glasses (or do that thing where you’re craning your neck all the time to see under the frames).  The centre of gravity felt a little tall coming off my usual ride but that feeling quickly dissipated. It’s a well balanced and easy to ride bike.

Coaster brakes. I’m starting to love these things. They certainly add to the ease of riding this bike. You lean back on the pedals and glide to a halt (or pull a big skid if that’s more your thing). At Virtuous speeds it’s all you need. There’s a front brake on this thing too so you have all the stopping power you’ll ever need. In some ways, if you’re coming off another bike (without coaster brakes) the addition of the front brake might prevent you (okay, me) from adapting to the use of coaster brakes properly. I’ve just come off another bike with coaster brakes so I was halfway adjusted (maladjusted?) to coaster brakes already. But I did have to tell myself to use the back pedal brakes instead of grabbing the front brake all the time. 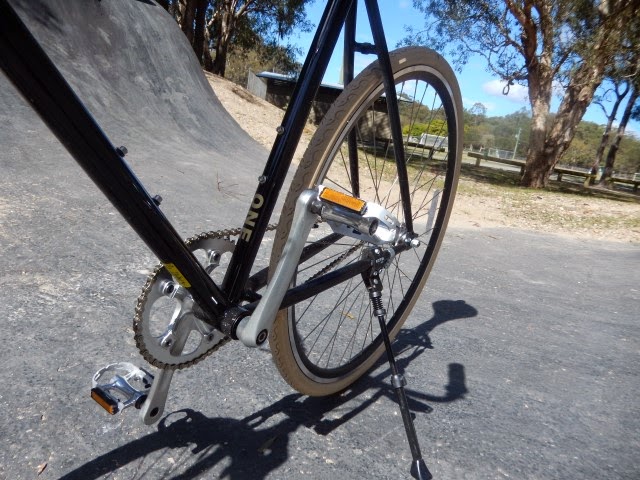 This is the new dog walking bike of the year. With front caliper brakes and back pedal braking combined it made running two dogs on leads a breeze. (If you discount the moments when they try to run in two different directions or dart under the front wheel.) Dogs don’t respect roads too much when they’re powering along. Bringing two dogs to a full stop at an intersection on a downward path can be a handful at the best of times. When you’ve only got one brake (because the other hand is full of dog leads) then you’ve got to stretch the friendship with that brake to the limits. But with foot brakes at rear and a hand brake on front I could pull those mutts up so fast they got whiplash. 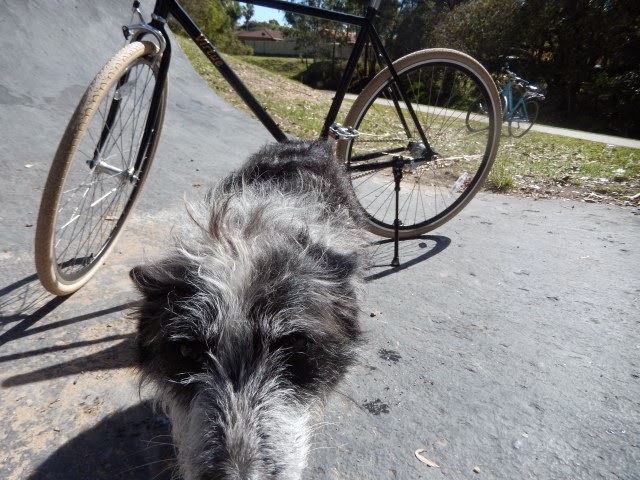 The leather seat is a gooden, with a retro-esque feel but a modern shape. I liked this saddle because it’s taking the bike seriously. It’s not some over-padded beast designed to appeal to those who can barely ride out of sight on a rainy night. It’s also well matched to the leather trim grips. These grips had a lot of padding, which I initially didn’t like too much. I’m used to nasty grips that require gloves or calluses. Or both. But I warmed to these grips quite readily and they suited the bike. 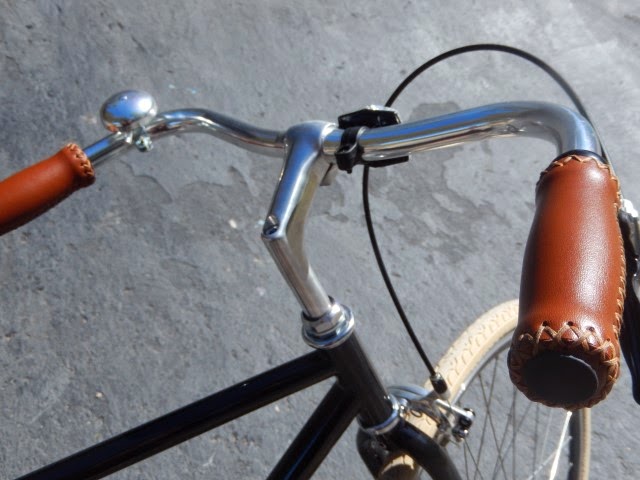 The swoopy bars are comfortable at an amble but also make it possible to climb. If the hill gets too steep you can change hand positions to a more forward position. This will get you up most hills, at least until you run out of legs. The gearing is quite tall, which is great for motoring along but something of a challenge up hills. I would like to have seen more relaxed gearing on this bike, to suit its more relaxed nature (when compared with fixies). It’d be a great beginner bike or spare bike for when you want to slow down and enjoy the ride. An easier gear would have suited that use for me. 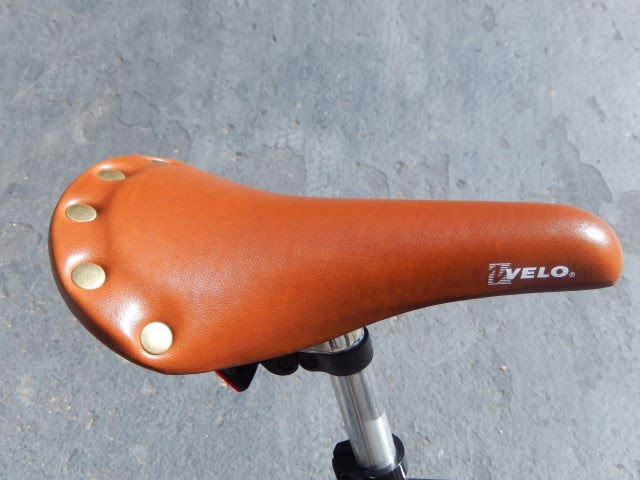 If I was picky, and I am, I would like to have a stand that mounts just behind the bottom bracket. They look neater. And you can ride away without kicking it up because the pedals flick it home. I know! I can feel your excitement. But to be honest the stand provided on this one is more reliable and better balanced than centre mounted ones. You don’t come back to find your bike lying on the ground for instance. 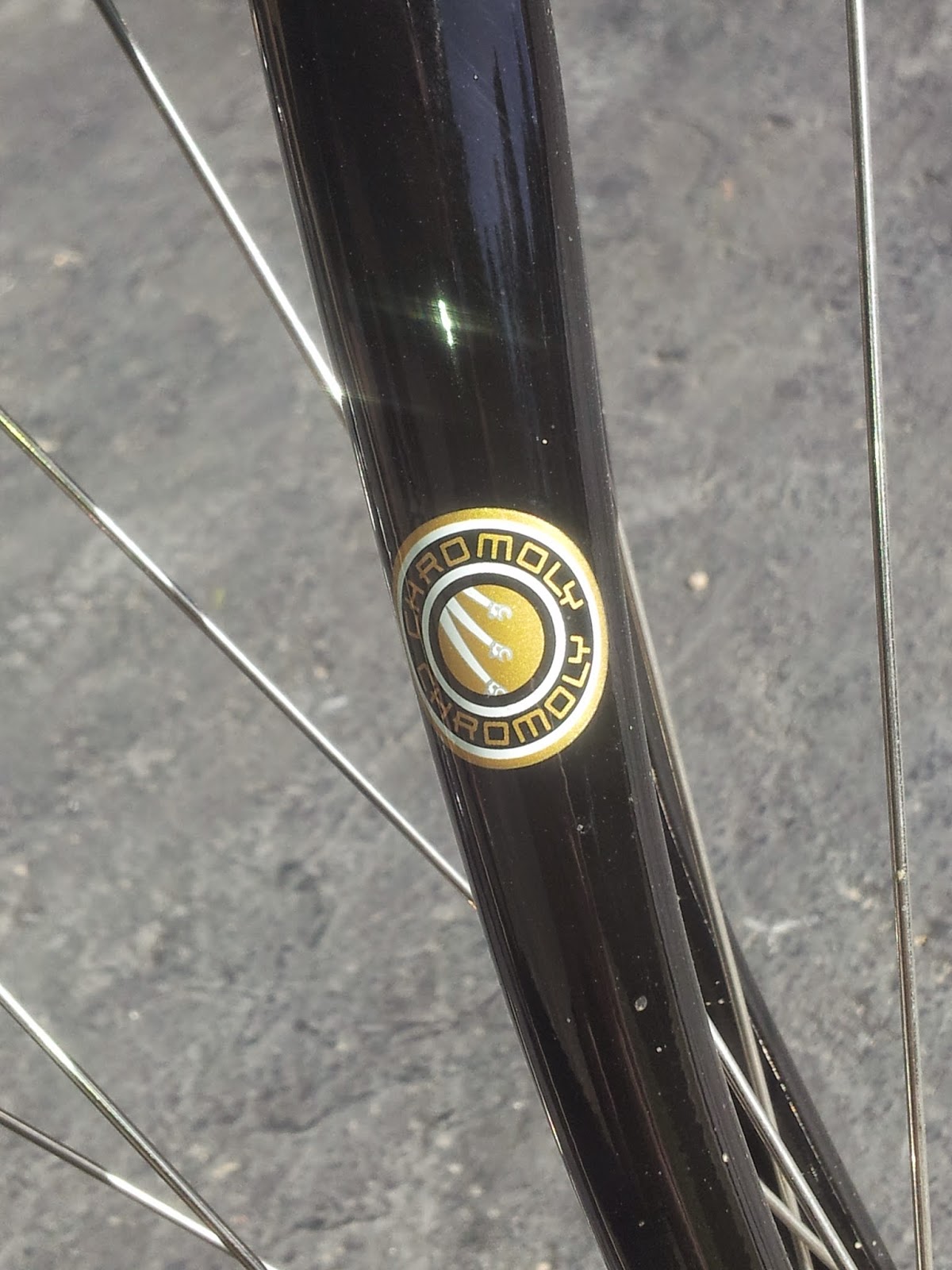 In fact enough talk and blah blah blah about the ride and/or whether the bike stands up or sits down when you leave it by itself for ten minutes. This is a simple and stylish bit of transport, as practical and easy to own as it is understated and stylish. If you don’t warm to the shouty aesthetic common to fixies but you don’t want to give yourself over the the middle-suburban drab efficiency common to many other bikes out there, then you might be in the market for this bike. It’s got an understated sleek beauty, with the black rims against black frame and leather touches, that proves its got style but doesn’t  need to make sure everyone knows it. If that appeals to you then go check out the Virtue range at Reid Cycles.

PS: They have Virtue’s with gears too and a neat step-through with a split top tube.